Verstappen Has Admitted The Crash With Vettel Was His Fault – WTF1
Skip to content
×
Formula 1 , News

Verstappen Has Admitted The Crash With Vettel Was His Fault

Verstappen does have a bit of a reputation for not accepting any blame in incidents but on this occasion, he has. It’s not like he really has any choice, though, considering how obvious it should be to everyone exactly what went down.

The two drivers had a civilised chat after the race (no dickhead comments here) and Verstappen apologised to Vettel. Max accepted the blame, saying:

“I could see he was struggling on the tyres and tried to brake late in the corners. I locked the rears and hit him – it was, of course, my fault. Not what I want. It is easy to say after I should have waited, and that probably would have been the best idea, but unfortunately it happened.”

It’s his third incident as many races this season after spinning in Australia and clashing with Lewis Hamilton in Bahrain. There’s work to do then, but although Max said he needs to turn things around, he stopped short of saying he needs to change his approach to racing.

“At the moment it is not going the way I like of course, but does it mean I have to calm down? I don’t think so. It is very unfortunate those things happening and I need to analyse everything and try to come back stronger for the next races.”

As for Vettel? You know it was a silly move from Max because Sebastian didn’t sound angry at all, just disappointed. Even on the team radio after the incident he simply said, “I don’t really think I need to comment, do I?” After the race he was very level-headed, saying:

“I didn’t see him until very late. I left a little bit of room as well. To be honest I was expecting him to come earlier. I had no intention to resist him because I saw with Daniel as well there was no point in doing so. They were just too fast on the fresh tyres. So I didn’t want to compromise my race to the guys behind. But he made a mistake, he locked up, which happened. I guess he misjudged and sort of compromised both our results.”

“He has done enough races, but this can happen to also if you have done 300 races. You mustn’t forget that inside the car the judgements are very difficult to make but you have to ultimately have these things in mind and make sure you don’t crash. He could easily have taken his front wing off or have a puncture. So we were both lucky.”

Considering the chunk of points Vettel lost as a result, that’s a surprisingly calm response!

As well as Max’s 10-second post-race penalty he also got given two penalty points on his super licence. He’s in desperate need of a few solid, clean results, only this time he can’t rely on Red Bull demoting Daniil Kvyat to spur him on. 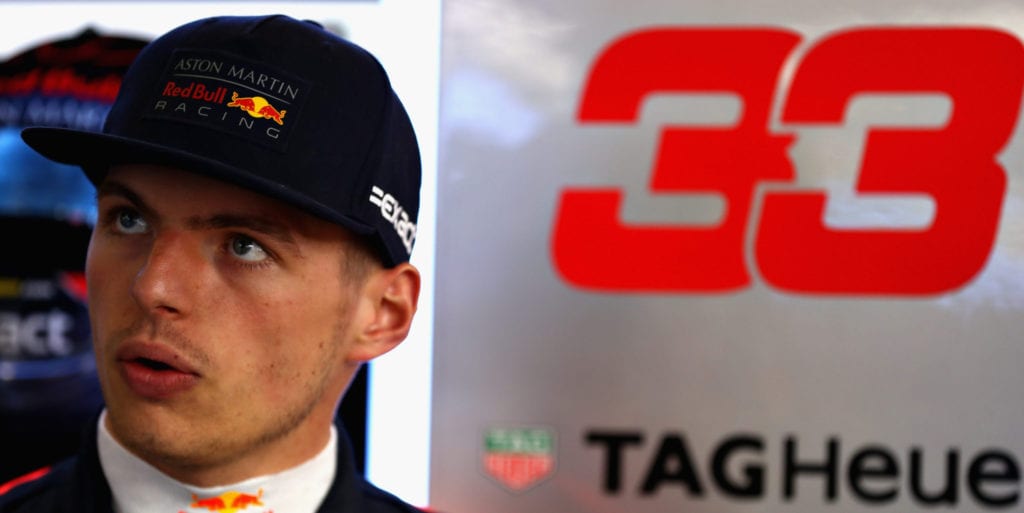