Verstappen Has Some Ideas Which He Thinks Will Improve Formula 1

Everyone has their own ideas of what changes they’d make in order to improve Formula 1 – reintroducing refuelling, a tyre war, more DRS zones, fewer DRS zones, a race at the Nordschleife, a race on the moon, a third Mercedes driven by Pastor Maldonado – you name it, chances are someone has suggested it.

It’s always interesting to hear what the drivers have to say when it comes to changing things, though. After all, they’re the ones in the driving seat and the people best placed to know what it would take to improve the racing – yet bizarrely, between them, the FIA, the teams and the commercial rights holder, they’re often the group most overlooked for input. Speaking at a recent event for personal sponsor Jumbo in the Netherlands, Verstappen listed four key areas which he’d like to see changed.

Pirelli’s tyres have been a constant source of discontent pretty much since the Italian manufacturer returned to F1 as the sole supplier in 2011. They’ve either been too durable or not durable enough, depending on the year, but for a while now the drivers have been saying they play a key factor in preventing overtaking. Verstappen is one of them, saying:

“At the moment [the tyres] are very sensitive and quickly overheat. Then you will slide more and it is hard to follow others. So it is hard to fight during a race. DRS helps to get closer, but in the end I do not want to depend on that.

“Also after a quick lap you have to slow down to be able to do another one, because the tyres have to cool down and that takes way to long. It is the same during the race. You have to stay in a certain limit, otherwise the tyres overheat. I would like to drive a lot faster.”

So, more consistent tyres – which is interestingly a very different thing to the life of the tyre. Maybe if we could get tyres that drivers can push hard on but in which the durability isn’t affected by heat – in other words, high tyre wear, but low thermal degradation – then drivers and fans would both be satisfied.

Well, he’s a Red Bull driver, so of course Max is going to say that engines – or rather, power units – need more parity! Even though Honda seems to have been a step up for Red Bull, the fact is that Mercedes and Ferrari still have the edge and that if there was less of a gap in this area it would bring other areas of development on the cars more into focus. He continued:

Mercedes has indeed won every title in the hybrid era and in the first few years the power unit played a huge part in that. But since 2017, Ferrari has been much closer, and even Honda has pulled in the gap over the last year – and will surely continue to do so. What Max is really saying here is that Red Bull’s strength is its aero department, so naturally the team would gain more than others if there was some semblance of power unit parity.

In 2017 the aero rules changed to make the cars faster and more engaging to drive, but at the potential cost of raceability. Sure, the current cars are up there with the fastest F1 cars ever, but what good is that if the window for them to work perfectly in is so narrow? Interestingly, Verstappen went against what you’d think an F1 driver might say in that he wouldn’t mind if the cars were actually a bit slower:

“Regarding the aerodynamics, it does not have to go as fast for me. As long as we can race each other better. Or when you touch someone and something breaks off, that it will not cost half a second per lap. Now when you drive a little too fast over a kerb, half the bottom of your car breaks off and that is not what you want.”

It’s kind of a fair point. Although the complex aero on the current gen of cars hasn’t made overtaking impossible, it has made the cars incredibly sensitive, and the sheer size of them is something drivers have said is harmful to the racing. This is potentially going to be rectified with the 2021 regulations – is it the right move?

Something surely everybody wants to see is a grid full of reasonably competitive cars, as opposed to the current situation of ‘The Big Three’, ‘The Rest’, and ‘Williams’. Verstappen realises this isn’t a particularly good thing, saying:

“Finally, the difference between the teams are too big. You have the three top teams: Mercedes, Ferrari and Red Bull. But the difference from the third to the fourth team is almost a second, the is a big difference. I think the races would be much prettier if we could bring that all a bit close together.”

Of course, nobody wants to see F1 become anything like a spec-series – which would be the easiest way to achieve that – but finding a way for some of the midfield teams to at least have a hope of being competitive against the vast budgets of the top three teams would only be a positive. Here’s hoping Liberty Media can achieve that – whether or not it’s through a cost cap remains to be seen.

Do you agree with Verstappen? Let us know your thoughts in the comments. 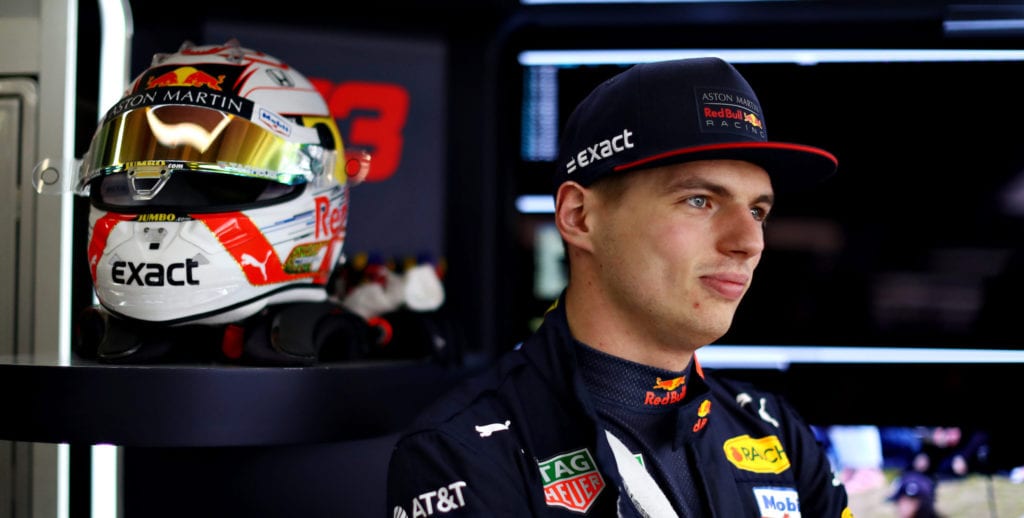