This critique comes not so long after Rosberg expressed the opinion that Verstappen was now the best driver in F1, ahead of Lewis Hamilton. So, you can understand Max’s frustration. His Belgian GP came to a very abrupt end in the wall at Raidillon after tangling with Kimi Raikkonen at the first negotiation of La Source. The Red Bull’s track rod broke and left him with no steering. Kimi, meanwhile, muttered “f * ing dicks” and carried on his deadpan way. Rosberg said that this incident was a case of Verstappen falling back to his “old self” – a reference to his disastrous early 2018 form.

Tracking back, Hamilton also threw shade over paddock-popular Rosberg last month saying that there “will always be people who in order to keep their failing careers alive, try to use and tarnish the name of others who are successful”. Rosberg had suggested that Hamilton has reached an age where he would show signs of falling into decline. 8 race wins out of 13 in 2019 would suggest otherwise.

Verstappen told Dutch media on Thursday that Rosberg is in danger of turning into another Verstappen critic – Villeneuve. But he believes that Villeneuve has changed…although his recent comments about simulators may prove to be a return to form.

“I think he [Rosberg] is the new Jacques Villeneuve. Villeneuve has changed quite a bit, but it seems that Rosberg now and again wants to give a contrary opinion. But I really don’t care what he says on his channels anyway. He does it very often. At the beginning of this year he even called me a narcissist. That is very extreme.

He has got no charisma and he doesn’t get to work anywhere. But hey, that’s also his problem. Maybe he also wants to make money with his YouTube channel. But then he could have been better off driving, because then he could have earned much more money.”

He’s come straight back. Nothing on the questionable tactic of being photoshopped in front of various cars going at full-speed for YouTube thumbnails and Instagram posts. Maybe Max will draft up a typewritten list for the next verbal joust.

Rosberg is at the Italian Grand Prix this weekend on TV duties, so I’m sure Verstappen will be delighted to know that he has found work again. 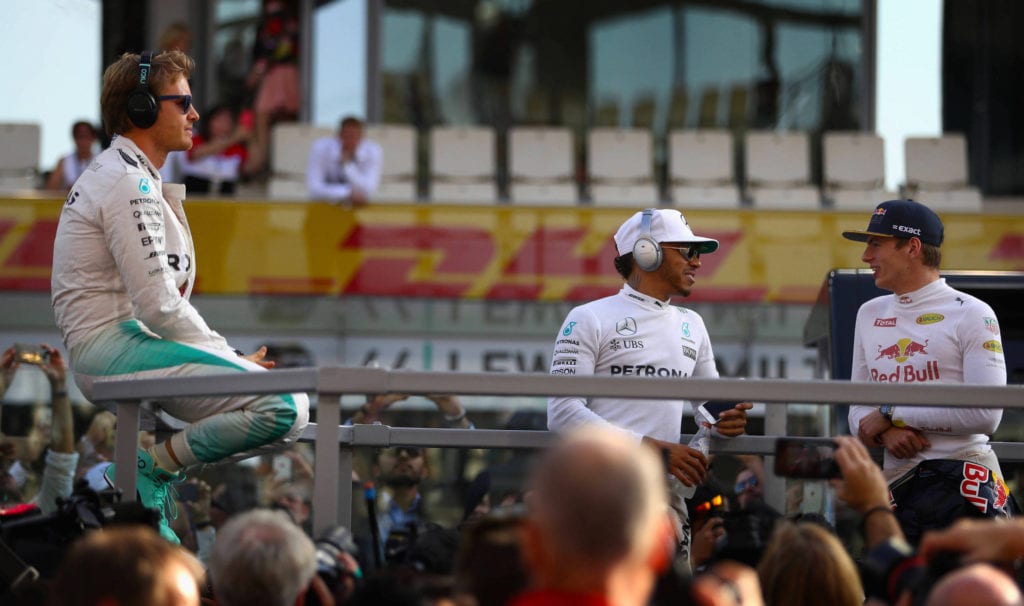