Verstappen Made Another Ridiculous Save During The Chinese GP – WTF1
Skip to content
×
Formula 1 , Fun

Verstappen Made Another Ridiculous Save During The Chinese GP

We know broadcasters miss some cool F1 moments during races but you expect most of the exciting moments to be shown on screen.

But this Verstappen save during the early stages of the Chinese GP was missed from the race broadcast, but was picked up by Sky Sports F1 afterwards.

It appears to have taken place during the safety car, just before the restart as drivers were warming up their tyres (and Valtteri Bottas dropped his Mercedes) after the switch to dries.

He was chasing Kimi Raikkonen at the time so that seems to add up, and the conditions were slipperier at that time as well.

Verstappen simply lit up the rears too much and lost the rear. He had to switch hands to save it but his quick reactions and ridiculous skill meant he was able to stay on track.

Of course, he eventually finished third – having started 16th – and was named Driver of the Day. It was already easy to see why but this makes the decision even more obvious. 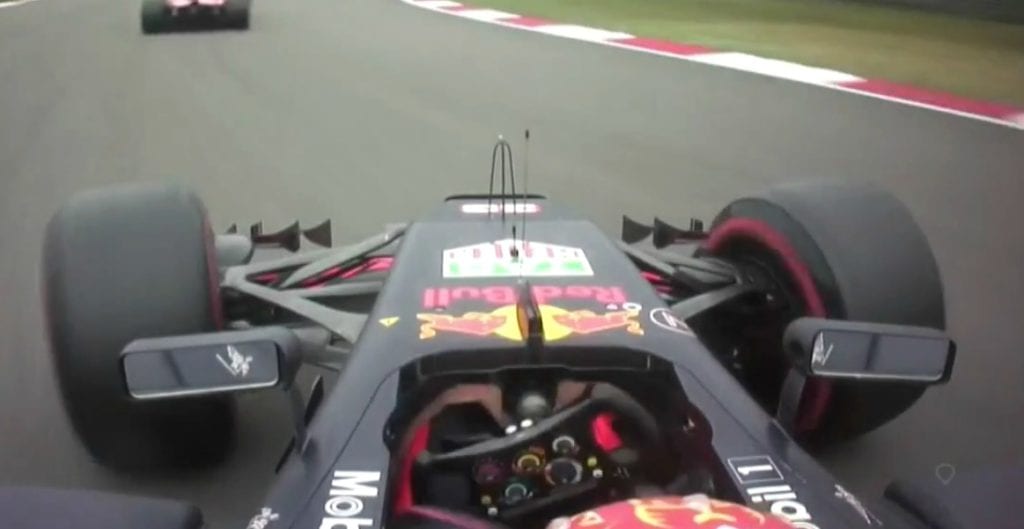