Verstappen Says It Would Have Been “Impossible” For Leclerc To Pass On The Outside – WTF1
Skip to content
×
Formula 1 , News

Verstappen and Leclerc banged wheels on the exit of Turn 3 as the Red Bull slipped down the inside, causing Leclerc to run off the road. While some might see it as tough racing, the stewards are taking a look to see if it warrants a penalty.

Speaking after the race, Verstappen dismissed the idea that a move like that should be penalised, suggesting that there would be no point in racing if that sort of move wasn’t allowed:

“It’s hard racing, otherwise we have to stay at home. If those things are not allowed in racing, then what’s the point of being in Formula 1?”

He later expanded on his thoughts, telling Sky F1:

“I don’t think we should get a penalty for that.

“I never opened [the steering] but the problem is in that corner there’s a crest. So when you go a bit deeper in such a tight angle you just understeer because of that crest and the car on the outside has to wait a bit because we went quite deep. But I never opened the steering wheel.

“I am in front, he just had to cut back on me but he just tried to go around the outside, which is not possible”

A decision is expected later on this evening. Whatever the outcome, it’s sure to generate plenty of discussions – and it sucks that for the third time in four races, a penalty is overshadowing the outcome of the race. 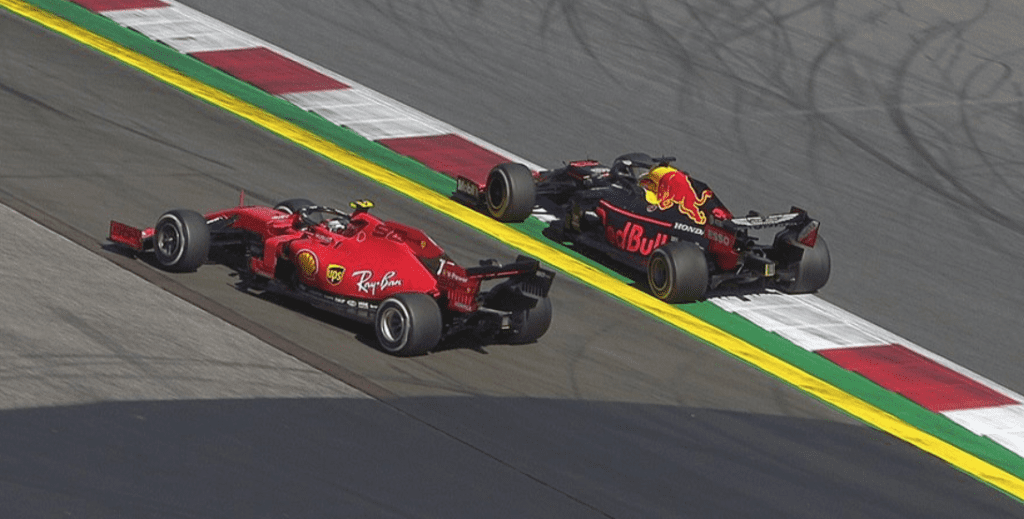