Max Verstappen shocked us all when he placed his Red Bull on pole; the first pole position for him and the team this year. The stunning lap placed him ahead of Bottas in second and Hamilton in third with just a tenth of a second between the top three.

Mercedes have started the Abu Dhabi Grand Prix on pole since 2014, so this result is a fantastic achievement for Max and Red Bull who have shown real promise throughout the weekend. It’s also the first pole position that was not achieved with a Mercedes power unit in the back of the car!

“It’s a long season for everyone and this was a great final qualifying for the whole team,” Verstappen said post-qualifying.

“We’re all very happy and it’s great to finally get there after being close many times in 2020.”

We do love it when a 𝗴𝗿𝗲𝗮𝘁 lap comes together 💪 #AbuDhabiGP 🇦🇪 #ChargeOn 🤘 pic.twitter.com/2iPPBnxQo6

Hamilton, who is back after missing last week’s Grand Prix due to his positive COVID-19 test, straddled the kerbs during FP1 and feared that he damaged the floor of his car. He set a stunning lap setting purple sectors during the last few seconds in Q3, but it was not enough as his teammate Bottas soon put in a quicker lap.

“It’s been a difficult weekend I’d say, to get back in the rhythm,” Hamilton confessed.

“It felt like I’d lost the momentum, but congratulations to Max. Hopefully we can give them a run for their money tomorrow.”

The Red Bull of Alex Albon also had a scare in Q2, when he was sat in fourth on medium tyres quite content, when he had his lap time deleted for exceeding track limits. However, Albon managed to squeeze in another lap and put his car back into fourth ahead of the final session.

🏁 Qualifying for the #AbuDhabiGP is complete.

A solid effort from the entire team with @LandoNorris finishing P4 and @Carlossainz55 P6. 🤝🧡

Ready to give it our all tomorrow! 👊 pic.twitter.com/92IHfqoAzF

Eyes were also on McLaren as the duo of Sainz and Norris went into the final qualifying of the year equal in their battle. Both had out-qualified the other eight times this year, but it was Norris who finished the year at the team with the qualifying crown. This was also the last qualifying session of the year for Carlos, who is set to join Ferrari from next year.

Both Renault drivers had a shocker too, with neither of them making it into Q3 despite setting some fast laps all weekend and being near the top of the time sheets in all three practice sessions.

It was also eight vs eight for the Alfa Romeo lads this weekend, but it was Antonio Giovinazzi who beat Kimi Raikkonenfor the best qualifier. Giovinazzi also made it through to Q2 for the second time this year. Both drivers will return next year with the same team.

Sebastian Vettel failed to make it into Q3 in his final qualifying for Ferrari.

Nicholas Latifi managed to spin his Williams just moments before his final lap, bringing out yellow flags. His teammate Russell also struggled with pace and failed to make it through to Q2.

A first pole of 2020 for @Max33Verstappen and @redbullracing in our final qualifying session of the season! 🚀#AbuDhabiGP 🇦🇪 #F1 pic.twitter.com/BwhKeebFMZ 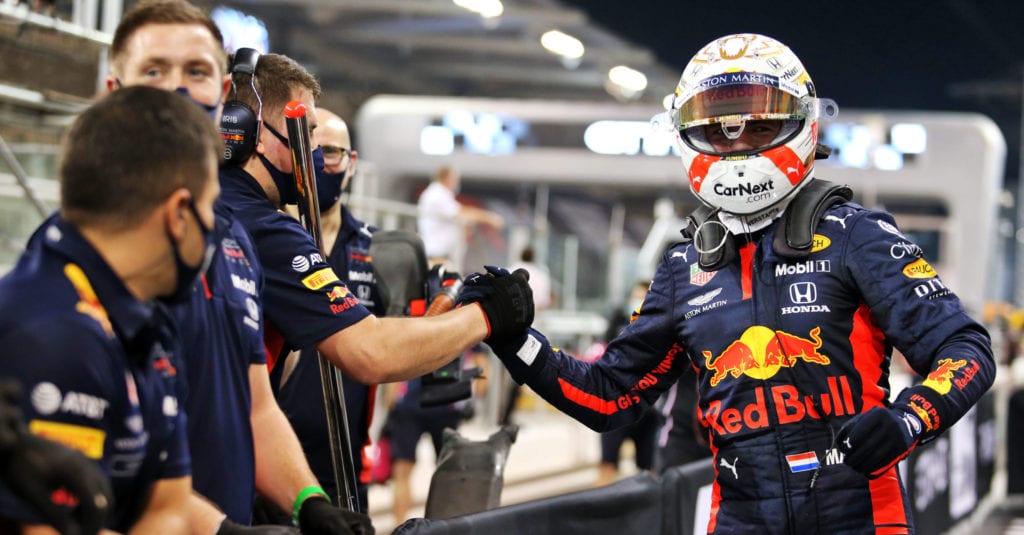