Max Verstappen topped every practice session so far this weekend, and continued this dominance by securing pole position for the first race of the 2021 season. OH, IT’S ON. With plenty of drama and unpredictability throughout quali, it’s made us even more hyped for the race tomorrow – who knew that was possible?

Both of the Williams and Haas cars went out first during the first qualifying session. Nikita Mazepin brought out an early yellow flag for a spin at Turn 13 and would later do the same again at Turn 1 with just minutes left on the clock – that totals four spins over the weekend so far for the rookie.

An early spin for Mazepin as he reports "I lost the rears there" over the radio 🔁📻#BahrainGP 🇧🇭 #F1 pic.twitter.com/sEUFFGveAJ

Yuki Tsunoda raised eyebrows when he placed his AlphaTauri in P2, splitting Verstappen and Lewis Hamilton and would end the session there.

Carlos Sainz also suffered issues in his Ferrari, going over kurbing which resulted in his car conking out in the final moment of the session. This brought out another yellow, which also impacted other drivers trying to set quicker times.

However, the big talking point from Q1 was Sebastian Vettel at Aston Martin. The four-time world champion finished the session in 18th. Yes, you read that correctly. 18th. The only two cars behind him were both of the Haas. A terrible start for Seb in his new team.

It's the end of the road for #SV5 but the points come tomorrow. 💪

It’s believed that the yellow flags for both Mazepin and Sainz meant Seb had been forced to slow down, hence the poor lap time.

Elsewhere, George Russell made it through to Q2 in his Williams and Esteban Ocon was eliminated in his Alpine.

It was another session full of shockers, with favourites Sergio Perez and Yuki Tsunoda being knocked out. Did someone say Red Bull Second Driver Curse? We joke. Kinda. For Perez, it was more an issue with traffic and tyre choice, but still a massive shock to have Checo out in Q2.

However, on the other end of the spectrum, we finished the session with a Ferrari 1-2. Uh huh, BOTH THE FERRARI DRIVERS AT THE TOP OF THE TIMESHEETS. Yes, they might have both been on the softs but we’re taking it.

BATTLE TO THE END

We were all on the edge of our seats during Q3, with Verstappen setting provisional pole just 0.023s ahead of Hamilton. This was a pattern that would continue, with Verstappen earning himself pole position for the 2021 Bahrain Grand Prix.

This is the first time since 2013 that a non-Mercedes has scored pole position at the first race of the season, and Max did so in style: +0.388s ahead of Hamilton. Noice.

A dream weekend continues for @Max33Verstappen as he powers to pole 🚀#BahrainGP 🇧🇭 #F1 pic.twitter.com/g9UABr1EK2

We honestly can’t tell you the last time we were that excited for a qualifying session. 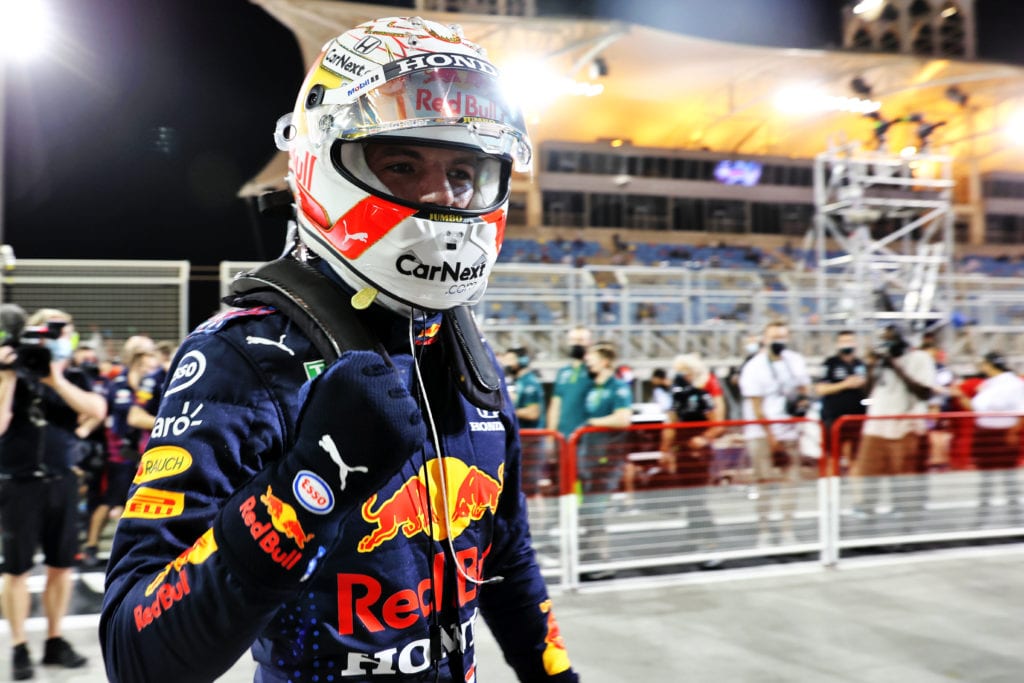