Verstappen Senses Leclerc Raced So Hard At Silverstone To Make Up For Losing In Austria – WTF1
Skip to content
×
Formula 1 , News

The battle between Leclerc and Verstappen was the highlight of the Austrian GP and, arguably, the British Grand Prix too. In Austria, a charging Verstappen on fresher tyres hunted down Leclerc over the last 10 laps to forcefully take the lead, and race victory, at Turn 3. Leclerc wasn’t overly happy with Verstappen, but it seems that they had settled their differences by the time they shared a plane back to Monaco.

Fast forward two weeks and the two were at it again, although not for the race win. Leclerc made sure he was a little more resilient in his defence, the pair banging wheels through Club in a battle that Verstappen edged – just. Leclerc had the last laugh though, as his Ferrari teammate Sebastian Vettel ploughed into the back of Verstappen’s Red Bull just seconds after the Dutchman passed him at Stowe. Verstappen was fortunate to continue, but could only manage fifth place while Leclerc stood alongside Mercedes pair Lewis Hamilton and Valtteri Bottas on the podium.

Verstappen said that he had no issues with Leclerc’s defence of his position, but feels that the Ferrari driver is still aching from missing out on a maiden Formula 1 victory in the manner he did (he did say he was going to be more aggressive). Verstappen also explained to Motorsport.com that Ferrari’s prowess on the straights lengthened the battle between himself and Leclerc and forced him to bide his time.

“I think he was a little bit sore still from Austria so he was defending really hard, but it’s fine, I’m all for that. I didn’t want to take too much risk in those battles to damage the car, because I knew we were quite a bit faster. So I just needed to pick my moment, but then luckily the team did it for me with a good strategy, and then it was all looking good of course for a good result.

“[Ferrari] had just enough top speed to stay in front of us, and at these moments my battery was not charged enough. So you just have to wait for the right moment. [It] would be good [if the stewards allowed drivers to race like that]. I think it was nice racing.”

No complaints here, hopefully it’s a taster of what’s to come over the next few years of Formula 1. And not just between these two fine drivers. 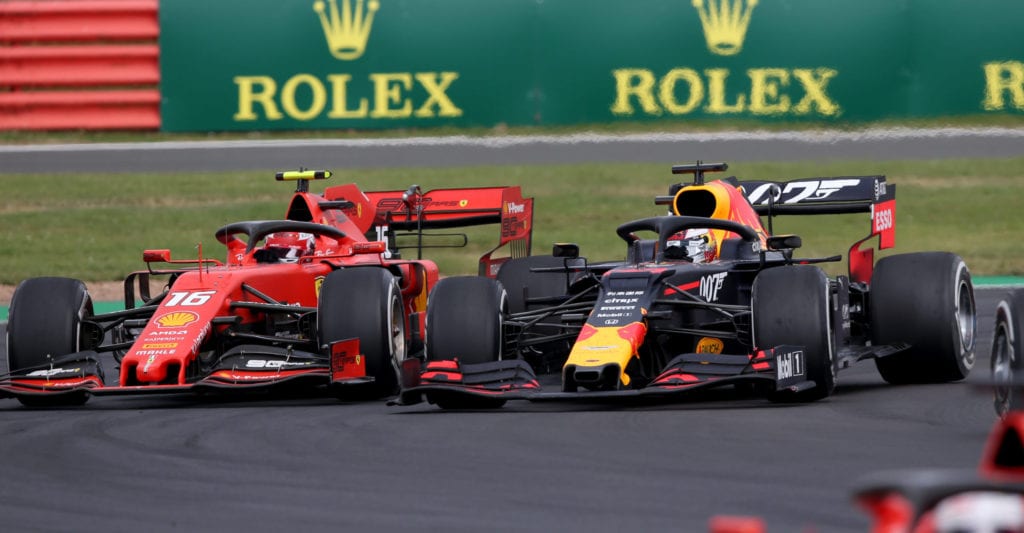