Max Verstappen has come to Lewis Hamilton’s defence this weekend, after Mercedes still managed to secure a 1-2 in the Sakhir Grand Prix qualifying without Hamilton.

When Lewis Hamilton revealed his positive COVID-19 results at the start of the week, many believed this was the perfect opportunity to showcase if Hamilton is really a genius at driving that car or whether anyone could jump into the W11 and achieve great results.

George Russell got the call up to replace Hamilton for the weekend, and instantly got off to a good start by topping both practice sessions on Friday.

Let it be known that this is not the first time Russell has stepped into a Mercedes, having always been someone who’s on the team’s radar and frequently tested for the silver arrows over the last few years.

In 2019, Russell finished fastest during testing for Mercedes in Bahrain and Abu Dhabi, in which he set the fastest times on the days he took part.

He is no stranger to the team and this needs to be made clear to those who think Russell has just been given the ‘car keys’ with no prior knowledge or experience.

With the absence of Lewis, the duo of Bottas and Russell managed to achieve a 1-2 for Mercedes, with Russell just 0.026s off the pole time of Bottas.

Instantly, doubters began to point out how close Russell had come to Bottas with such little preparation time and in a car which he had to squeeze his 6’2” frame and size 11 feet into.

In the post-race qualifying media session, the trio of Russell, Bottas and Verstappen were asked if Mercedes needed a “big bucks star like Lewis Hamilton to lock out the front row”.

Verstappen’s answered with a quick and witty response.

“Of course you do,” he pauses.

“Because he will make the difference in the most crucial moments.

“That is why he is a seven-time world champion.”

What do you think? Do you agree with Max? Let us know. 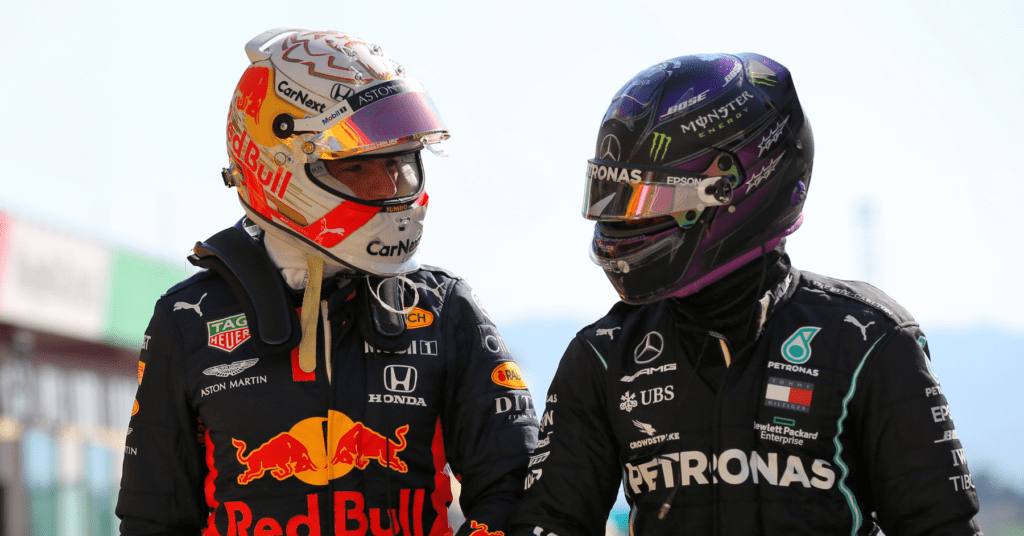