Verstappen Takes A Superb Pole In Mexico As Bottas Bins It

This time last year, Verstappen was busy being absolutely furious as teammate Daniel Ricciardo came out of nowhere to narrowly deny the Dutchman his best chance to become F1’s youngest pole-sitter. He finally broke his duck in Hungary before Ferrari went on its incredible run of five poles in a row and now, he’s done it again, proving that he and the Red Bull package really are a bit good in Mexico.

Ferrari’s outrageous advantage on the straights looked like it would leave qualifying to be a battle between Charles Leclerc and Sebastian Vettel. However, Verstappen was always going to be a threat and after the first Q3 runs, he held provisional pole ahead of the two Ferraris, with Mercedes looking a good few tenths off the pace.

Leclerc’s second run was scruffy and he couldn’t improve, but a few of the drivers behind him were on quicker laps, only for Valtteri Bottas to drop it coming through the final corner and have a fairly big accident. Lewis Hamilton improved his time slightly, but the accident forced Vettel to back off, denying him the chance to beat his teammate – and maybe even take pole.

On the other hand, Verstappen came through the accident zone, completed his lap and improved his time. It seems likely he’ll be penalised for the infringement, likely by having that lap time deleted – not that it would matter, since his next-best lap was good enough for pole anyway.

Alex Albon showed that Red Bull’s pace wasn’t entirely down to Verstappen as he split the two Mercs, with Carlos Sainz taking his now-usual place of best-of-the-rest ahead of his teammate. The Toro Rossos rounded out the top 10, with Daniil Kvyat pipping the unwell Pierre Gasly.

Sergio Perez just missed out on making the top 10, but that’s not necessarily a bad thing. The lower half of the top 10 will be starting on the soft tyres – a compound a few teams are trying to avoid – so having a free tyre choice could leave the Racing Point driver well-placed for a run to a strong points haul in his home race.

Haas had an absolutely miserable session and not only looked slower than every team bar Williams, but barely even looked quicker than them – George Russell was just a few hundredths from beating Romain Grosjean.

Verstappen on pole in a car with very good race pace may seem ominous for the race, but even though the Honda power unit is generating decent straight-line speed, it could be tough for him to see off the rocketship Ferraris on the run down to Turn 1 – especially given the mediocre starts we’ve seen from the Red Bulls this year. And although Mercedes has looked out of it today, their race pace is a different matter entirely. 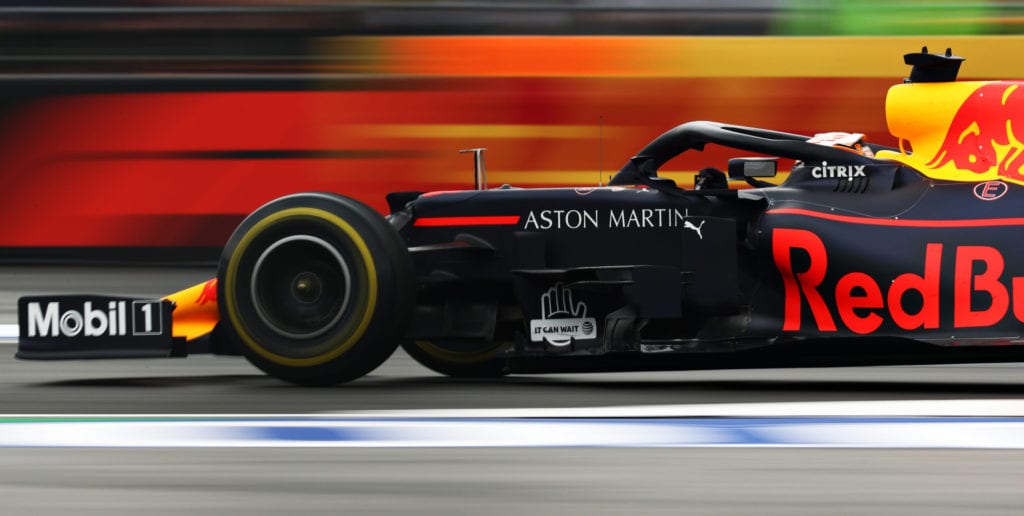