The combination of a great opening lap, solid strategy and some excellent tyre management saw Max Verstappen effectively able to cruise to his first win of the season. In a frantic opening lap, he barged his way ahead of Kimi Raikkonen to run third, which became second when pole-sitter Valtteri Bottas (who’d lost the lead to his teammate at the start) retired with mechanical issues.

With the Virtual Safety Car deployed to clear away his car, more of the front-runners took the opportunity to pit – with the exception of Hamilton. The mistake from the team meant that when he eventually did stop he handed the lead to Verstappen and only rejoined in fourth, which later became fifth after Sebastian Vettel put a lovely move on his title rival.

Hamilton and Ricciardo had to pit again after some nasty rear-tyre blistering, but reliability was the real story. Ricciardo dropped out with an apparent broken exhaust, whilst a frustrated Hamilton dropped out nine laps from the finish, bringing his 33-race point-scoring streak to an end.

The extra stops and subsequent retirements left Raikkonen and Vettel chasing the leading Red Bull. But Max had judged his tyre wear to perfection and just held on to take his first win of the season.

A lap behind the top three was an immensely happy Romain Grosjean, who finished fourth to score his first points of the season ahead of his teammate. The two Force Indias also managed a double points score, Esteban Ocon ahead of Sergio Perez.

Another star of the race was Fernando Alonso. After having to start from the pit lane it wasn’t long before he was on the radio moaning about being at the back, but he put in a typically gritty drive to rise up to eighth. Charles Leclerc continued his form by finishing ninth, but for the first time since the 2015 Chinese GP Sauber enjoyed both cars scoring points as Marcus Ericsson enjoyed a late charge up the order.

Pierre Gasly slipped out of the points late on to finish 11th, whilst Carlos Sainz was another driver to suffer tyre issues and could only manage 12th after making a second pit stop. Both Williams drivers rounded out the finishers – Stoffel Vandoorne had damage early on, spent much of the race running last and retired a few laps from home, whilst Nico Hulkenberg and Brendon Hartley joined Bottas, Ricciardo, and Hamilton is suffering race-ending car failures.

In a season where he’s been criticised for his driving approach, Verstappen’s victory can at least be partly attributed to it. Had he not nudged his way past Kimi on the first lap, he might not have been in a position to benefit from the VSC and the woes of others. He then tempered that aggression with a mature, tyre-saving drive to ensure he was able to make it to the finish without having to stop again on a weekend where Ferrari looked to have to strong package.

As for the championship, Vettel now moves back ahead to take the lead from Hamilton by one point. It could have been a four-point lead, but Ferrari decided not to repeat the scenes of the 2001 and 2002 Austrian Grands Prix and swap the drivers on the line. That gave Kimi the extra three points on a day where Hamilton failed to score. Will that Vettel be crucial come the end of the season? 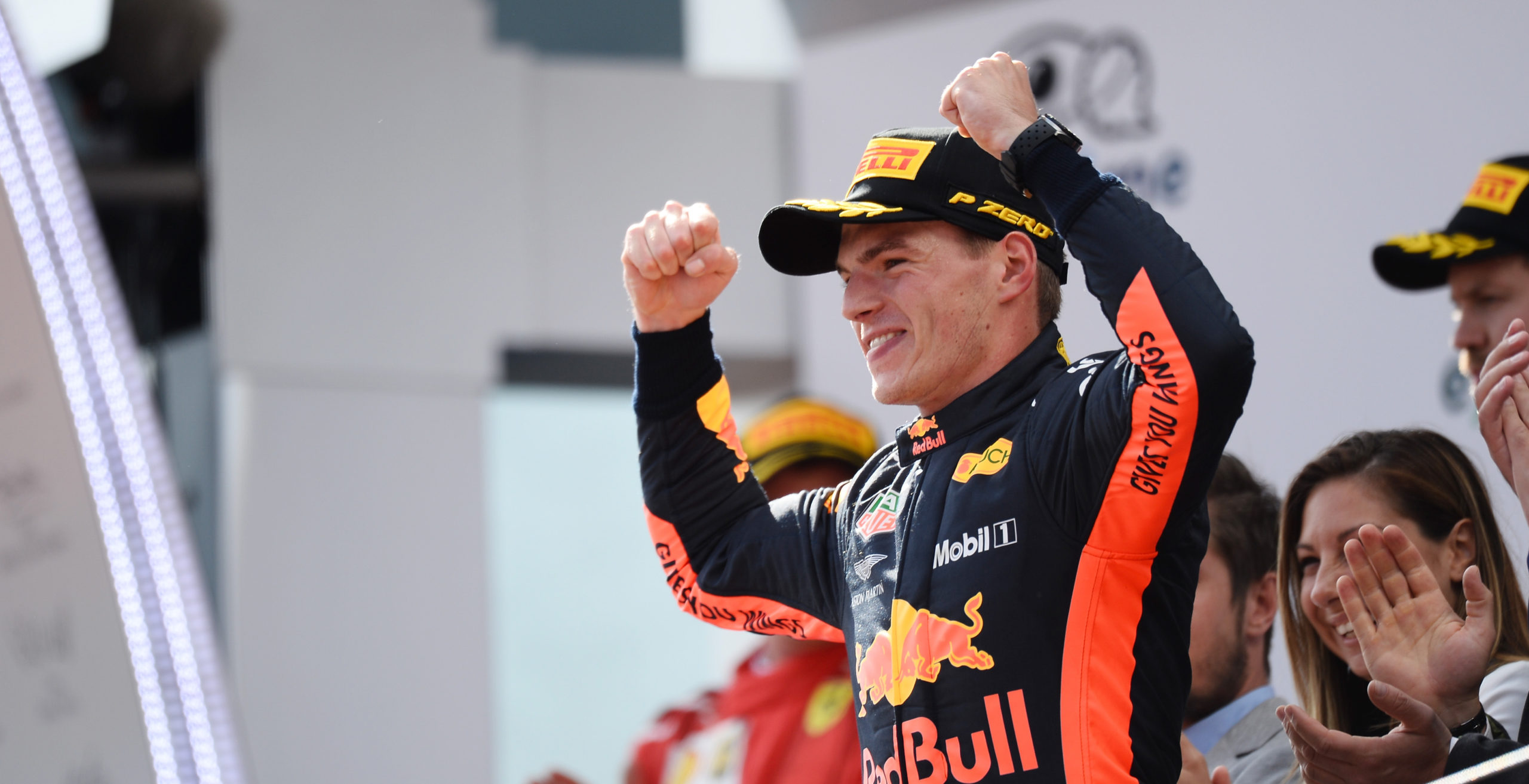