Verstappen Used Vettel’s Crash With Bottas To Have A Dig At The Media – WTF1
Skip to content
×
Formula 1 , Fun

After spending several races this year facing criticism and suggestions that he needs to change his driving style, Verstappen has bounced back to beat his teammate and score podiums in the last two races.

It seems he’s still a bit salty about all the reaction to his own mistakes, though. After the race he took the opportunity to use Vettel’s collision with Bottas to take another punt at the media (this time without threatening to headbutt anyone).

"Next time you see Seb you should ask him to change his style, you know, because, honestly, it's not acceptable…" 👀 pic.twitter.com/cxHycIfsXr

Check out Lewis Hamilton’s cheeky grin – he knows what’s up! 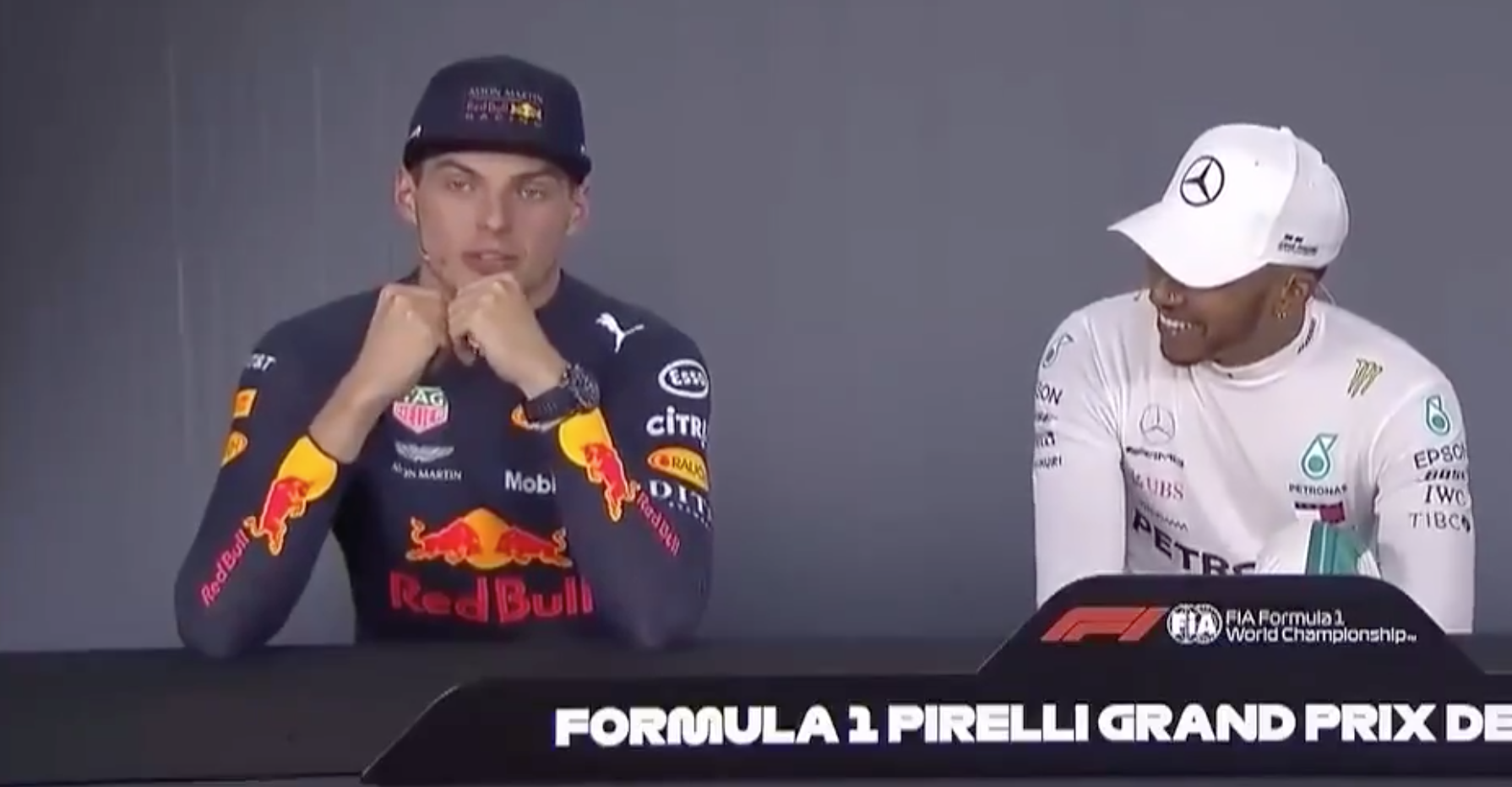