Verstappen Was 21mph Slower Than Raikkonen On The Straight at Silverstone – WTF1
Skip to content
×
Formula 1 , News

Verstappen Was 21mph Slower Than Raikkonen On The Straight at Silverstone

Before the British GP, Red Bull and Toro Rosso showed concern about how much time they were losing to their rivals down the straights. You wouldn’t expect the difference to be as much of a problem in the race, but speed trap data highlights just how big the power difference to Ferrari and Mercedes is.

You can’t tell too much from it as things like fuel load, slipstreams and tyre life all have an effect on speeds, but the speed trap figures from the Hangar Straight give you a decent idea of what the drivers were up against. Kimi Raikkonen topped it by hitting 215mph, whilst Max Verstappen could only manage 194mph – a huge 21mph difference.

For comparison, Lewis Hamilton managed 211mph, Valtteri Bottas 201mph, and Sebastian Vettel 207mph. Daniel Ricciardo actually clocked an impressive 207mph at one point too, but it’s not hard to see why Verstappen and Christian Horner were so vocal about it after the race.

Verstappen provided one of the highlights of the race with his pass on Raikkonen around the outside of Luffield. He eventually retired with a brake-by-wire failure, but his overriding feeling was one of frustration at the lack of power. He told Dutch TV:

“I had to manage the tyres the whole way through the race but we were super-slow on the straights anyway, which was just a huge drama. I tried to do a one-stop. In the end I was lucky that there was a safety car, because that wasn’t going to work.

“After the first safety car I made that move on Kimi, which was nice, but it’s just incredibly frustrating how much we are lacking on the straights. It’s a real bummer. It was tragic – on the straights it’s like you are driving in a different series.”

Horner, meanwhile, revealed that even not even the power unit’s qualifying mode, the use of DRS, or fresh tyres was enough to overcome the power deficit.

“We ran our qualifying mode at the restart versus Kimi’s and you can see the difference. You could see how hard Max was having to work to keep Kimi behind him – their overspeed at the restart was insane.

“And at the second restart he [Kimi] had a moment at Stowe yet was still all over Max into Turns 2 and 3. And unfortunately for Daniel he just couldn’t attack Valtteri while having a superior tyre and grip and performance. Even with the DRS open we were still dropping back.”

It must be a pretty miserable situation – especially as Horner claimed the data from qualifying showed that the Red Bulls were quicker than Sebastian Vettel through pretty much every corner. 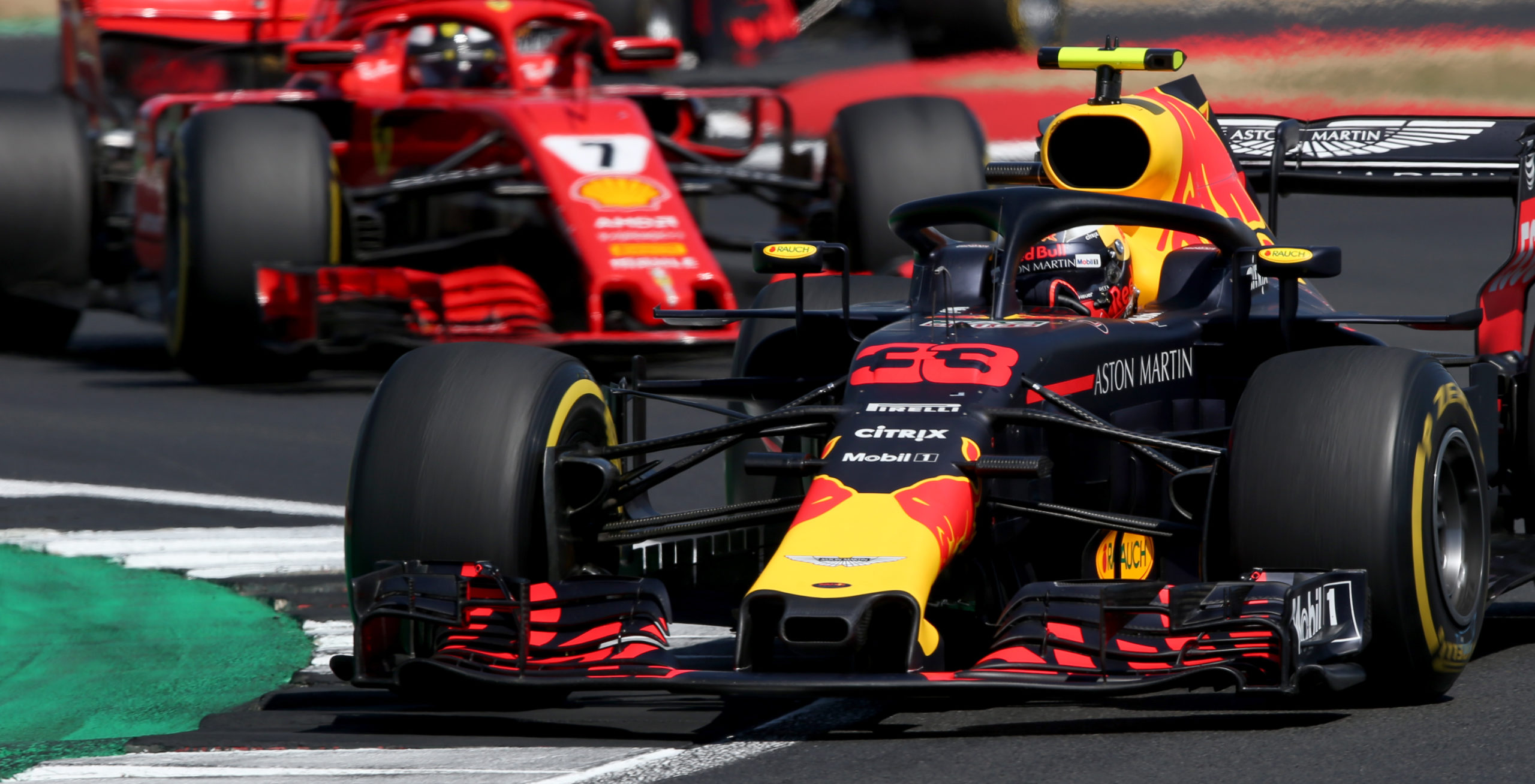