The first two-thirds of the Brazilian Grand Prix were good, if a little serene. Hamilton and Mercedes tried everything to put Verstappen and Red Bull off of their stride but even when they made the undercut work, Verstappen wasted no time in regaining the position. Just as things were settling down into a Verstappen-Hamilton-Sebastian Vettel one-two-three, Valtteri Bottas’s Mercedes ground to a halt. With no option but to deploy a telehandler to recover it, the safety car had to be deployed, turning the race on its head.

Verstappen pitted for fresh rubber so Hamilton stayed out in the hope that track position would be enough. Behind the top two, you had Vettel and Alex Albon on reasonably new tyres with Charles Leclerc also on new rubber, making the fight at the front something worth watching.

Verstappen wasted no time in taking the lead as he passed Hamilton around the outside, while Albon did the same to Vettel as he chased his first podium.

Leclerc struggled to make progress until he eventually launched one up the inside of his teammate at the first corner. Vettel fought back on the back straight and as he drew alongside, inexplicably decided to move across on Leclerc and there was a gentle bit of contact: Leclerc’s suspension broke, Vettel’s tyre exploded. Both were out and the safety car had to be deployed a second time.

Even though it was so close to the end of the race, Hamilton pitted for new softs and dropped to fourth in the hope that there would be enough racing laps to work his way back up to second – or maybe even challenge Verstappen. He passed Gasly straight away and then attempted to take second from Albon in the infield. The two made contact and Albon was sadly spun around, dropping to the back. Hamilton dropped behind Gasly with a slightly damaged front wing and despite his best efforts, couldn’t quite get the position back as Honda power was just enough to let Gasly hold onto second.

Hamilton’s third is under investigation due to the Albon contact – should he be penalised, Carlos Sainz will achieve his first podium, although sadly he won’t have got to enjoy actually standing on it.

Kimi Raikkonen finished fifth with Antonio Giovinazzi sixth, while Daniel Ricciardo recovered to seventh after an early incident with Kevin Magnussen which saw him need to pit for a new front wing and serve a five-second penalty. Lando Norris and Sergio Perez took eighth and ninth while Daniil Kvyat finished in the points for the third consecutive race – although unlike in the last two, this time he hasn’t been penalised for crashing into someone on the last lap.

The Haas drivers were thoroughly unlucky and Romain Grosjean in particular lost out badly in the closing stages – having spent most of the race in the points, a bad strategy call saw him plummet right down the order to the point where he was even beaten by George Russell’s Williams.

Verstappen’s win is a good bit of redemption for what happened last year but you can’t help but feel thrilled for Gasly. He’s been on it for the entire weekend and his screaming over team radio tells you exactly what it means. Back in March, he would have been expecting to stand on a podium for the first time this year – he wouldn’t have been expecting to achieve it at the wheel of a Toro Rosso.

On the other hand, you’ve got to feel bad for Albon. Could he have left more room for Hamilton? Maybe. Would he have been expecting a move from Hamilton at that point of the track? Probably not. Hamilton may well get a penalty, but it won’t benefit Albon, who ended up in 14th. 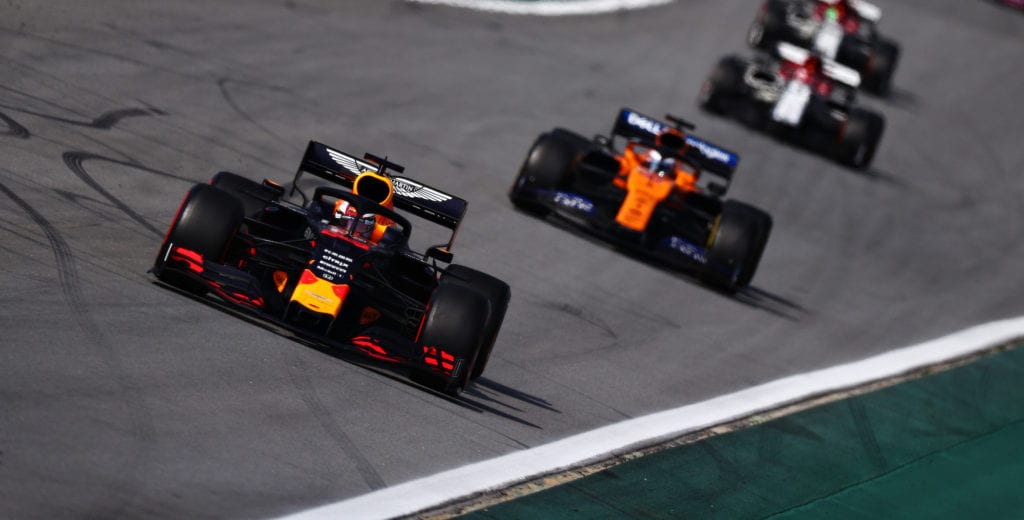