Verstappen Would’ve Rather Had A Post-Race Penalty Than Give Hamilton The Lead Back – WTF1
Skip to content
×
Formula 1 , News , Penalties
1 comment

The final few laps had our hearts in our mouths, desperate to see if Max Verstappen could pass Lewis Hamilton for the victory at Bahrain. The Red Bull of Verstappen got close, even passing Hamilton; however, it was ruled he must give the place back, which ultimately cost him the win.

So much so, Max was quite vocal that he would have rather been allowed to carry on and see if they could make a big enough gap to make the penalty meaningless.

And then hands it back to him moments later #BahrainGP 🇧🇭 #F1 @LewisHamilton @Max33Verstappen pic.twitter.com/PJoXhaCjHd

Max had been closing in on Lewis during the final stint, and it was clear Verstappen was the faster of the two. He was taking huge chunks from Hamilton’s lead and it seemed like it would only be a matter of time before Max made the move for the lead.

Despite the best efforts of Lewis, Max passed him on Lap 53 after the second DRS Zone at Turn 4. Sounds like a great move? Well, Verstappen went off the track entirely when passing. Far from ideal.

Max had to give the position back. It would have been deemed that by leaving the track Verstappen gained an advantage and would have earned him a certain five second penalty.

“Why didn’t you just let me go? I could have easily pulled those five seconds,” Verstappen asked on team radio.

Ouch. We can imagine that one hurt, bad.

“We had the instruction from race control unfortunately Max,” Red Bull boss Christian Horner explained. “That was a hell of a drive you put in there.”

“The problem with these cars is that they’re so hard to pass and once you have that track position, it showed again today, it is just super powerful,” Max told Sky Sports post-race.

“Once I got close, I had that one shot because Lewis got held up a bit with the backmarker and, yeah, I went outside of the track. I, of course, gave the position back and tried again, but by then my tyres were not in a good state to really put the pressure on so that was a shame.”

We had a strong race and there is more to come. 1 down, 22 to go. Bring it on 💪 #KeepPushing 🇧🇭 #BahrainGP pic.twitter.com/wlKqfXfqjY

It’s not the first time a race win has been decided as a result of track limits, and it probably won’t be the last either.

Obviously, a win decided by a track limits penalty is not an argument F1 needs right now; especially at the first race of the year. Remember Canada 2019?

Leaving the track and gaining a lasting advantage, specifically at that corner, would be a five second penalty by precedent. In the Formula 2 Feature Race earlier in the day, Juri Vips, driving for Hitech, was given that exact penalty for an overtake on Bent Viscaal in the Trident at Turn 4.

What would probably be considered worse would be going against a direct instruction from race control which could probably earn a much worse punishment.

Do you think the track limits rules have been fair and consistent this weekend? Let us know in the comments below. 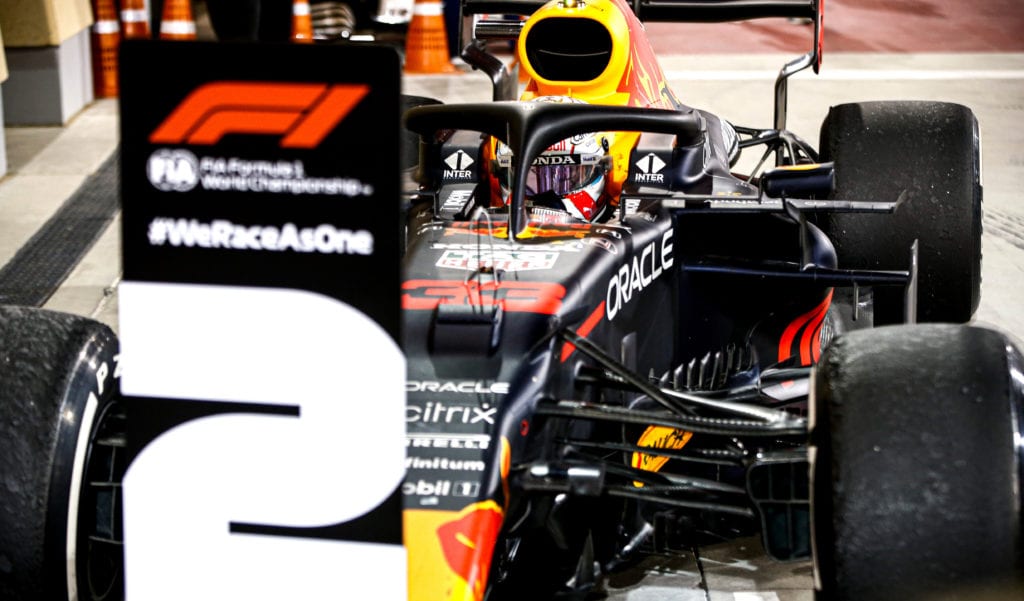