Verstappen’s Power Unit Has Had To Be Changed For Today’s Race – WTF1
Skip to content
×
Formula 1 , News

Red Bull and Honda have had to change Max Verstappen’s Power Unit after qualifying but don’t worry; he’s managed to escape a penalty because it’s from the same specification!

Honda found some small issues when they were doing their post-qualifying checks last night.

They said on Twitter this morning: “We noticed something on Max’s PU which might have developed over the course of the weekend, likely to be an after-effect of the Silverstone crash. We have therefore changed it for a new PU of the same specification.

“According to the regulations, Max is allowed to start from his third position on the grid with no penalty incurred.”

Honda took a gamble at the start of the weekend by using the same power unit that Max had at Silverstone. That’s right, the same one that smashed into the wall at 51G! They managed to qualify third with a broken engine. Not bad at all!

Whilst that crash ruined the car, the internals clearly stayed in quite a good condition, and the performance didn’t change. But it’s being reported now that they discovered the power unit was cracked, which is why they think it’s an issue caused by the crash at Silverstone. A power unit would need to take a pretty huge hit to end up getting cracked, which is obviously what happened at the last race. It’s pretty impressive that the power unit has got this far, to be honest!

Teams are allowed to change car parts in parc ferme conditions as long as they are “the same in design and similar in mass, inertia and function to the original”. That clause from the regulations is about accident damage which is what this will probably come under. It’s pretty rare for a car not to need some touching up after being ragged to the limit in qualifying, even if it’s just chipped on the floor from gravel. That’s why Carlos Sainz is still able to start from 15th despite having had a crash in Q2.

This new power unit is Max’s third of the season, and the teams are only allowed to use three new ones before they get a grid penalty. Now with half the races still to go, then it’s pretty much guaranteed that Max will have to take a grid penalty down the line. 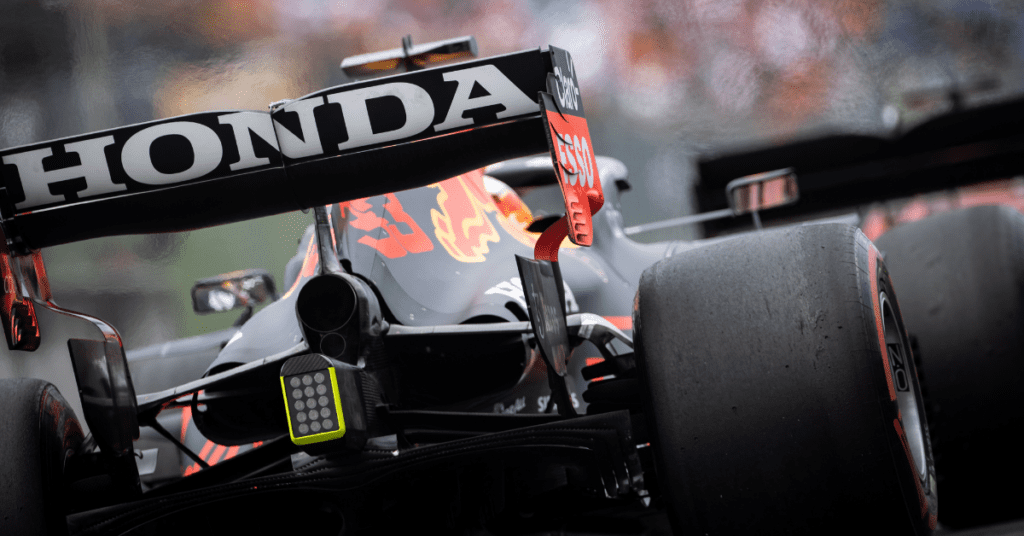