Vettel And Ferrari Are At Odds Over A Poor 70th Anniversary GP – WTF1
Skip to content
×
Formula 1 , News

Vettel hasn’t exactly been competitive at either Silverstone race this year as he’s been left fighting on the fringes of the top 10 while teammate Charles Leclerc has brought home an excellent third and a fourth. There’s talk of Vettel getting a new chassis for the next race, so we’ll see if that makes a difference, but in the meantime, it doesn’t seem like Vettel and Ferrari are particularly happy with each other.

Vettel’s race on Sunday wasn’t helped when he clipped the kerb and spun at the very first corner, but the four-time champion was more unhappy with a confusing and bizarre strategy which left him stuck in traffic and running the unfancied medium tyres for longer than he would have liked. He hinted at this on the radio during the race, saying “This is the gap that we didn’t like, we spoke about it this morning. I’ll hang in there, but you know you’ve messed up.” He later elaborated on this message to Sky F1, saying:

“Well I mean we spoke this morning that there is no point pitting knowing that we would run into traffic, and that’s exactly what we did. We went also on a hard tyre which we then only had on for roughly 10 laps, probably not even that, so it didn’t make any sense. I mean why would you put the hard for 10 laps and then put the medium for 20 laps? I was running out of tyres towards the end so we spoke about exactly that but yeah, not the best work we all could have done today.”

It was a very odd strategy. After spending the first 22 laps on the hard tyres, Vettel was switched to another set of hard tyres for just 11 laps, before having to spend the last 19 laps on a used set of mediums as he struggled to 12th. It’s likely that Vettel’s first stop was brought forward to stop him from getting in Leclerc’s way, instead of simply asking him to move out of the way – which perhaps compromised his race more than it should have done.

Binotto saw things differently, believing that the strategy was fine and that it was Vettel’s first-lap mistake which was the main reason for his poor result. He told Sky Italia:

“We anticipated his first stop by a few laps compared to the ideal by putting him behind Raikkonen, but we knew he would quickly recover his position on the track and allowed Leclerc to continue his comeback. Overall for the team it was the right choice, I think we did not penalise him in our choice. He immediately regained on Kimi, he would not have succeeded in an overcut on Kvyat because they had the same pace and after we undercut Sainz, he finished 12th and he would have finished 12th anyway. His race was compromised at the start and I think that’s what happened more than the strategy”.

Obviously, spinning at the start of the race was another low point for Vettel and it certainly didn’t help. Seb himself even admitted that, but that doesn’t mean there was nothing wrong with the strategy, either. We’ve seen a number of times in the past that the drivers often dictate their own strategy to the team – Leclerc said he had to push Ferrari to go with his plan to one-stop – and this is another case where the team’s primary option hasn’t been what the driver wanted to do.

The difference this time is that usually, Vettel and Ferrari would discuss all this in private. Now that the relationship is coming to an end this year, it seems that neither side is particularly fussed about publicly criticising the other.

With several races still to go this year, you have to wonder if this is just a one-off, or the start of a truly messy divorce as Vettel becomes the latest in a long line of accomplished Ferrari drivers to part with the team on less than amicable terms… 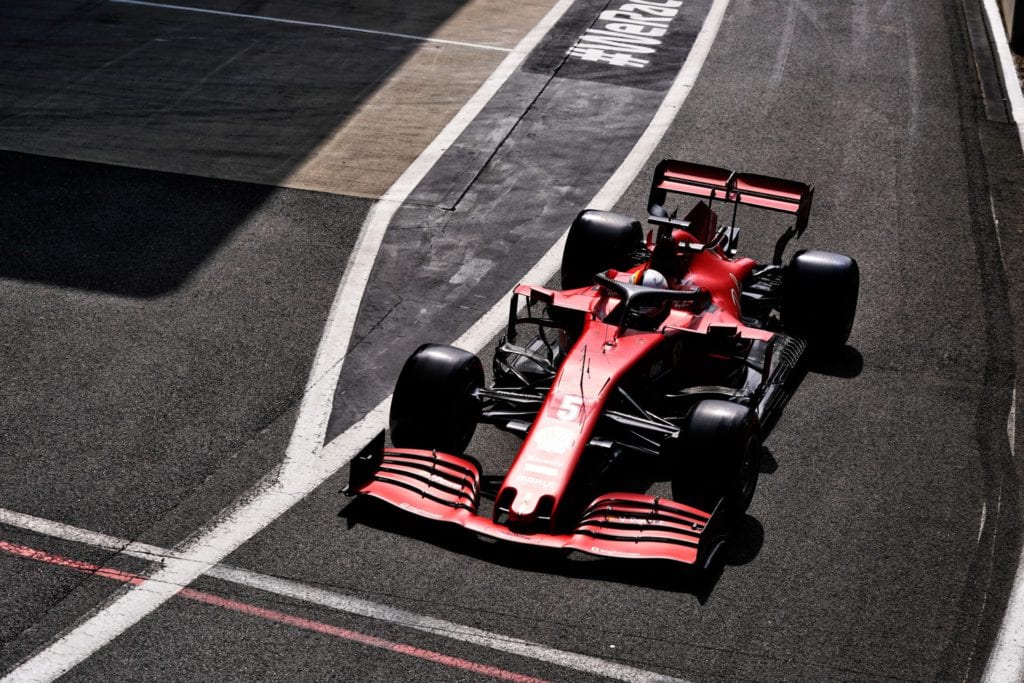