Vettel And Hamilton Are Both Relishing A Potential F1 Title Battle

The opening round of the new F1 season in Australia gave us a possible glimpse at what’s to come in 2017, with Ferrari looking much, much closer to Mercedes.

Sure, the Albert Park Circuit is unique on the F1 calendar, so things could change. But Vettel and Hamilton seemed closely matched all weekend.

Vettel took the lead in Melbourne after staying out longer for his first pitstop while Hamilton got caught in traffic, with the Ferrari then pulling away to win the race.

Afterwards, both were asked about the prospect of a tight head-to-head battle between the two multiple world champions this season. Vettel said:

“He’s proven to be one of the quickest drivers on the grid and for sure I would love to have a close battle. Obviously right now it looks like we have equal machinery. I hope it stays that way and then we will see how it turns out. It’s obviously a lot of fun to race for victories and a lot of fun to race against the best.”

Vettel also added he has “great respect” for his rival, and Hamilton said he’ll get the Ferrari driver back. He then said:

“Incredible amount of respect for Sebastian and what he’s achieved in his career. It’s been a privilege to be racing in an era with him and now finally at a period of time when we can actually have a real race.
“I wish we could race a lot closer in the cars that we have today but still I think the fact that we are similar pacewise, it’s going to be a very, very hard slog this season I think. It’s going to be physically and mentally demanding but as Sebastian said, racing the best is what Formula 1 is all about and ultimately makes you work that much harder, having to raise the bar and I’m looking forward to that.”

How cool would it be to have the title go down to the wire between two brilliant, championship-winning drivers? We can’t wait to see how this season unfolds. 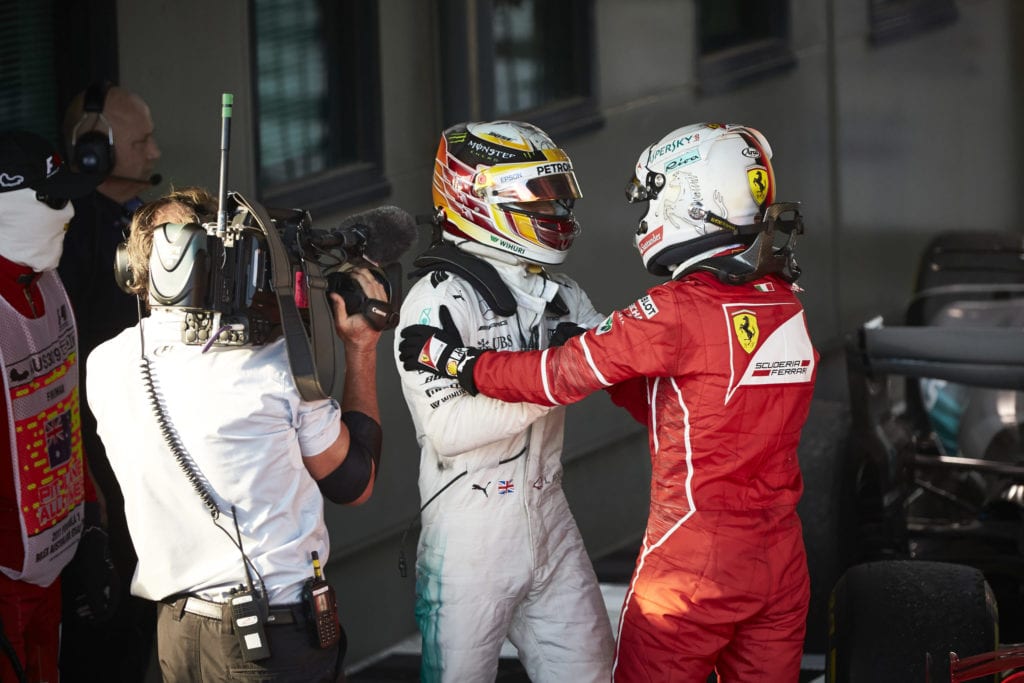