Vettel And Verstappen Are Blaming Each Other For Their Suzuka Clash – WTF1
Skip to content
×
Formula 1 , News

Vettel And Verstappen Are Blaming Each Other For Their Suzuka Clash

Another race weekend in which Ferrari will look back with regrets. Had the tyre strategy in qualifying been a bit sharper, Vettel may have avoided altogether a scenario in which he would have to overtake Verstappen in the race.

After the early safety car, Vettel chased Verstappen throughout the restart lap. He had a big run through the long right-hander after the hairpin and at Spoon corner, he opted to lunge instead of waiting for a more traditional passing place. The resulting collision was clumsy, and one in which both drivers could’ve easily retired. After the race, Vettel blamed Verstappen for his defence of the corner. He told Sky Sports F1:

“I was obviously pushing to get past but I wasn’t desperate to get past. I knew he had a penalty but I also felt that we were faster. The gap was there but as soon as he saw me obviously he defended. But I had the inside.

“As soon as he realises somebody is close or next to him, he tries to – in my opinion – push when you shouldn’t push anymore. Look at the incident with Kimi, Verstappen’s off the track and he comes back and if Kimi just drives on they’d collide. But it’s not always right that the other guy has to move. We’re all racing, the race is long.”

“For me, the gap was there – otherwise I wouldn’t do it. I think I got through the whole field without any trouble. Sometimes closer, sometimes with more margin. It’s normal that it sometimes gets close but you need to always give the space and in that case I couldn’t go anywhere and then we touched.

“This is part of racing, don’t get me wrong. I don’t regret the move, obviously with that outcome you would do it differently because with hindsight it’s always easy.”

“In that corner you cannot overtake, I even gave him space. But he understeered into my car. I’m not the one who makes the rules otherwise a lot of penalties would have been avoided in F1, but I think it is a similar scenario to what I had in China with him.

“Of course we didn’t spin off the track like in China, but he drove into the side of my car. He could have been a bit more careful.”

This collision alone hasn’t cost Vettel the title – all of his other mistakes and Ferrari’s general decision-making since the summer break have done that already. A frantic Vettel that wasn’t desperately making up for a poor qualifying might have been a bit more patient and made a move stick on Verstappen, putting him in a position to pressure the Mercedes drivers. As it stands, the title fight seems to be well and truly over. 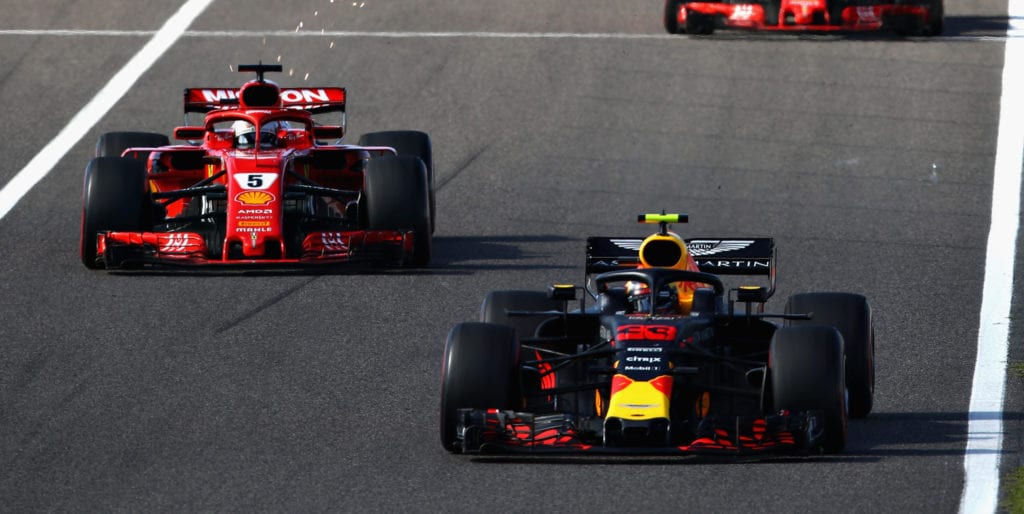