It’s fair to say Sebastian Vettel hasn’t had the best of years and you could argue that Ferrari haven’t treated him all that great, having been dropped without his knowledge before the season properly got underway.

That hasn’t stopped Seb from doing something nice for his team for the Italian Grand Prix, even though it’s likely to be a very, very painful one for them this weekend.

According to F1.com, the four-time champ spent much of Thursday snapping photos of his team members (76 in total) and turning them into ‘crowdies’ for the grandstand opposite the pits.

With no fans allowed at the Italian Grand Prix this year, the circuit is offering the chance for people to appear in cardboard cutout form. So Seb paid €40 per crowdie so he and his team could appear in the main grandstand in place of the usual Tifosi.

All money spent on the cardboard cutouts go to charity, with Vettel also making a personal donation on top of the €3000 he spent on the crowdies.

I wonder if he bought one for Binotto or not… 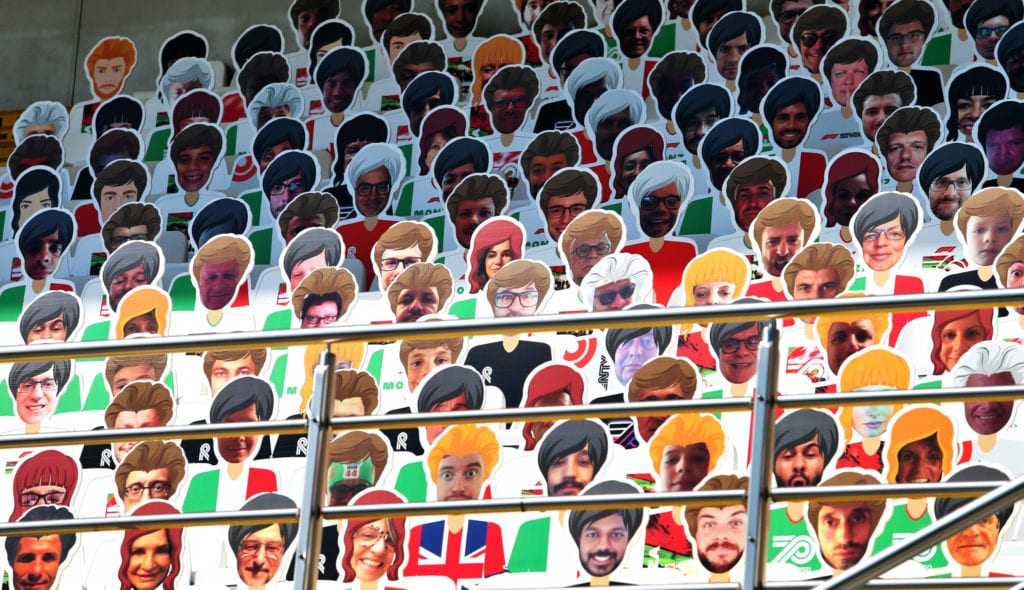