Yesterday, Daniel Ricciardo set an unofficial lap record with his 1.18.047 in the Red Bull RB14. The time got us excited and speculating about how a three team title fight would be an amazing premise for this season. But Sebastian Vettel has just toppled Ricciardo’s unofficial record lap, that was officially the unofficial record for less than 24 hours.

Vettel registered a 1.17.182 on the hypersoft compound and has found a significant amount of time around the 16 corners of the Barcelona circuit. Even if we can only go as far as speculating the potential running order of this season given that it is still only testing, the fact that the lap time is so low bodes well for much quicker racing in 2018.

Ferrari ended the session comfortably on top with a low 1.17, but there were also promising signs from four other drivers who managed to get their lap times into the 1.18s. Whilst Vettel’s time is headline-worthy, Kevin Magnussen and Haas were the biggest surprise of the session. The Danish driver completed 76 laps and set the second quickest time of the session, a 1.18.360, on the supersoft compounds. Not only is this the second quickest time of the session, but of winter testing too. His effort was quicker than anything Mercedes has managed so far, the Haas driver finding a few tenths on the Silver Arrows despite using a harder tyre compound.

Hulkenberg pulled Renault into the 1.18s finished the session in third, while Pierre Gasly kept the optimism surrounding Toro Rosso’s pre-season flowing with the fourth fastest time. Stoffel Vandoorne completed the top five with a 1.18.855, showing good pace for a McLaren team who will be hoping for a trouble-free afternoon session too.

Vettel’s time is eye catching to say the least, and reminds us all that Ferrari were the only team to ask real questions of the Mercedes last season. Red Bull feel that their package is performing optimally compared to other pre-season and Mercedes are telling us that testing is just a process, the evolution and potential of the W09 will be revealed in Melbourne. All of these factors point to a more intense battle at the front of the gird, but times elsewhere also indicate another tight season of midfield battles also. 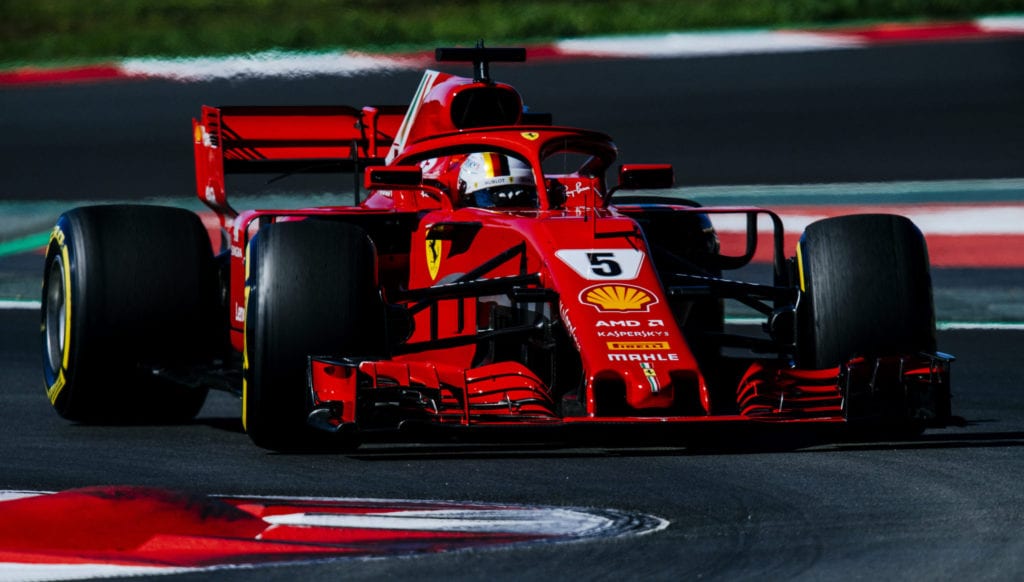