Wow, how tense was that finish?! Many – including Ferrari, apparently – were expecting a two-stop race, but it became clear that Mercedes was going for a one-stopper, forcing Sebastian Vettel into trying to eke out his soft tyres to the end in a mammoth stint.

In the last few laps, Valtteri Bottas rapidly closed in as Vettel’s tyres were pretty much gone. On the final lap Bottas had a bit of a look at a lunge into Turn 1, but the Ferrari had just enough left in its tyres to hold on for Vettel to take victory in his 200th grand prix start.

After a mediocre opening lap and a bit of argy-bargy with Max Verstappen, Lewis Hamilton quickly made his way past the midfielders and up to fourth, including perhaps the moment of the race when he passed three cars in one go.

Fourth became third when Kimi Raikkonen came in for his second stop, only to retire when an error saw one of his tyres fail to go on. In the confusion, one of his mechanics was hit by the wheel and was taken off to hospital with a broken leg.

With Kimi retiring along with the two Red Bulls, who came fourth? Yep, Pierre Gasly. He occupied the ‘best of the rest’ position for pretty much the whole race and in the end finished comfortably ahead of Kevin Magnussen. It’s Honda’s best-ever result of the hybrid era, and to mark the occasion Gasly quoted a certain Spanish McLaren driver: “now we can fight”. Best team radio message ever? It’s definitely up there!

Gasly’s teammate Brendon Hartley might have scored points too had he not be issued a 10-second penalty for spinning Sergio Perez on the first lap; as it was he ended up 13th.

McLaren itself ended up seventh and eighth, Fernando Alonso ahead of Stoffel Vandoorne. Not a bad result compared to its qualifying pace, but still some way off where the team would be expecting.

Another beneficiary of three of the front-runners failing to finish was Marcus Ericsson – he made a one-stop strategy work to climb up and finish ninth, ahead of both Force Indias and Carlos Sainz’s Renault – to score his first points in 50 races.

Romain Grosjean had a miserable day with bits flying off of his car throughout the race. As well as needing three pit stops, he also angered his teammate by holding him up mid-race and finished a lowly 15th. He was still ahead of both Williams’, though – which seems to be establishing itself as the true backmarker squad of 2018 – and is the only team yet to score any points.

For Vettel and Ferrari, it’s the dream start to the season. It’s the first time the team has won two races in a row since 2010, and the first time Ferrari has won the first two races of the season since way back in 2004. Mercedes still looks like it might have the quicker car but in terms of the title, it’s game on!

After the slightly meh Australian GP, it’s good to see that the 2018 cars are at least going to be able to race each other at the traditionally overtaking-friendly circuits. Here’s hoping next week’s Chinese GP is just as good. 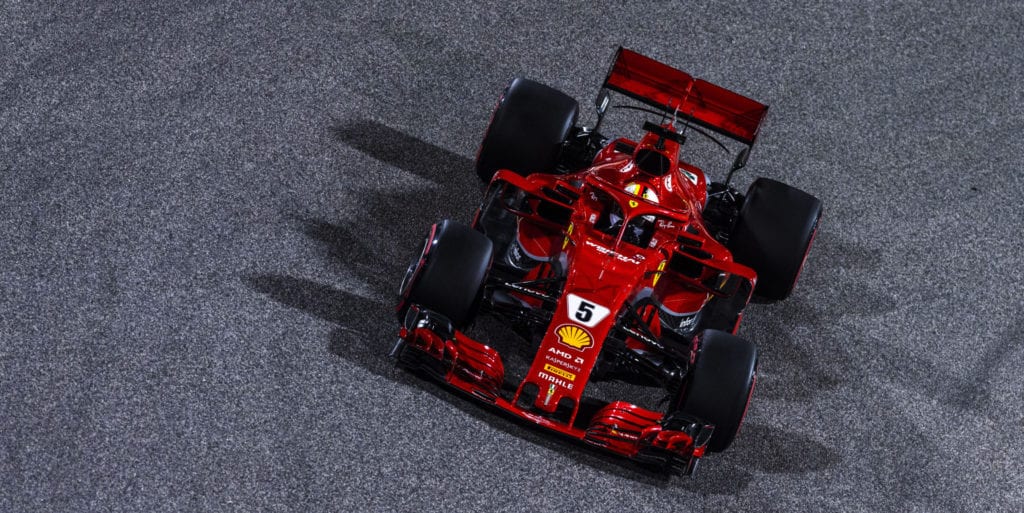