In the dying stages of the second section of Qualifying, Sainz embarked on a late flying lap in order to solidify his place in the top ten, before he came across Vettel on the exit of Turn 1 and was forced to take avoiding action on the kerbs.

The Spaniard immediately reported the incident on the radio, saying: “I had to take a kerb to avoid him, I nearly crashed.” Sainz also drew alongside Vettel in order to convey his disgust with some choice hand gestures.

Fortunately, Sainz did indeed make it into Q3 – alongside Vettel – to outqualify teammate Nico Hülkenberg for the fourth time in the last five races. Vettel meanwhile ended the session a provisional third, behind the all-Mercedes front row of Valtteri Bottas and Lewis Hamilton.

With the penalty applied, the German falls to sixth behind teammate Kimi Räikkönen, Red Bull’s Max Verstappen and the Haas of Romain Grosjean.

Despite his initial outrage, Sainz appeared to be rather blasé about the incident when speaking to Spanish TV, saying that it had little negative effect to his afternoon.

“In the end it didn’t change my session much. It made me damage a front wing, which obviously costs money and it takes work to repair and you don’t know if the wing will continue to work as well as before.

“But it didn’t affect me too much. I think he simply didn’t see me. He didn’t do it on purpose. He wasn’t warned on the radio.”

Vettel echoed Sainz’s comments that there was “no intention”, but that was not enough to satisfy the stewards, who published a report just over two hours after the session saying that Vettel “unnecessarily impeded” the Renault, breaching Article 31.5 of the Sporting Regulations.

“Car 5 [Vettel] had just finished a push lap and was on an in lap, travelling quite slowly into and around turn 1, on the racing line. The driver had conceded that he had passed car 55 [Sainz] between turns 7 and 8 but assumed it had pitted after.

“During evidence, the driver of car 55 was actually commencing a push lap and closed in on car 5 rapidly along the pit straight and into turn 1.

“It is the belief of the Stewards that notwithstanding the absence of a radio call, the driver of car 5, being aware of the issue of rear vision with his mirrors, should not have been so slow and on the racing line, during a slowdown lap in Qualification.

“Having reviewed all alleged impeding incidents since the start of 2016, the penalty of a drop of 3 grid positions is consistent with all other similar incidents.”

A big blow for Vettel, who lost his slender championship lead to Lewis Hamilton at the French Grand Prix last weekend, a race that saw Vettel pay the price for an uncharacteristic error under braking at the first corner when trying to pass Bottas, hampering both of their races.

He also receives a solitary penalty point on his license, taking him to a total of three over a 12-month period.

Do you agree with the stewards’ decision or is it an overly harsh sanction? Let us know in the comments. 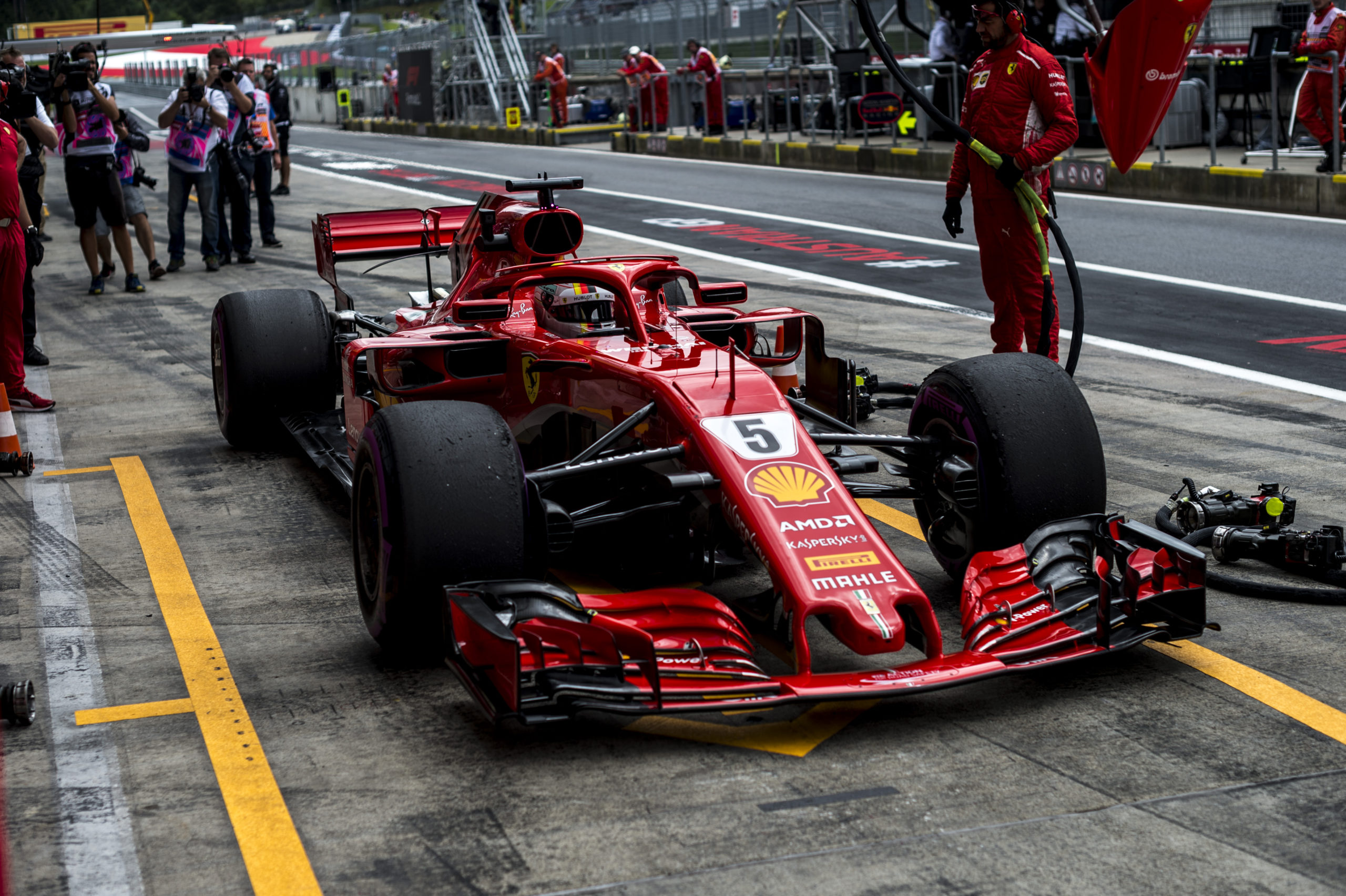