Let’s be honest. We all knew this was coming. Birthday boy Sebastian Vettel has been handed a slam dunk penalty for his impeding of Fernando Alonso during the final few seconds of Q2 in Austria.

With Alonso looking on a quick lap, wanting to make it through to Q3, he was faced with the Aston Martin of Sebastian Vettel that completely ruined his lap. He was pretty mad as you’d expect, yelling “what the fuck,” on the team radio when his lap was ruined.

After hearing from both Vettel and Alonso, the Stewards decided to give Vettel the three-place grid drop and a single penalty point – taking his total up to six over the last 12 months.

He will start P11, with Russell, Stroll and Sainz moving up one place#AustrianGP 🇦🇹 #F1 pic.twitter.com/qvnY0ORGxe

“The Stewards heard from the driver of Car 5 (Sebastian Vettel), the driver of car 14 (Fernando Alonso) and team representatives and reviewed video evidence.

“ALO was on his fast lap just before the end of Q2. When he approached the last two corners (9 and 10), there was still a queue of 3 cars preparing for their final qualifying lap. VET was the last car in this line and impeded ALO and as a result, ALO had to abort his final qualifying lap.”

The decision document ends with a reminder that competitors have the right to appeal certain decisions of the Stewards.

Speaking to Sky Sports after the disappointing qualifying session, Alonso explained that he thought he had the pace to qualify in fifth or sixth. Instead he will start tomorrow’s race in 14th.

“I think we lost the opportunity tomorrow to be P5 or P6 on the grid, so now it’s a different race. I guess we will not score points tomorrow. Whatever penalty they give to the others is never enough so it is the way it is, I think it was very badly managed by the people in front. Disappointed because we had the potential today. It was the best car of the season so far for qualifying and we didn’t maximise it.”

He did go on to clarify that he didn’t think Seb did anything wrong in the circumstance.

“I don’t think that Seb did anything wrong because there were a couple of cars in front of him already slowing down. The biggest thing is for our race. What happens to them doesn’t change much.”

Valtteri Bottas and Carlos Sainz were also investigated by the Stewards for ‘driving unnecessarily slowly in the entry of turn 9 and turn 10’ at the same time, however no further action was decided for both incidents.

This news now means Vettel will start in 11th. 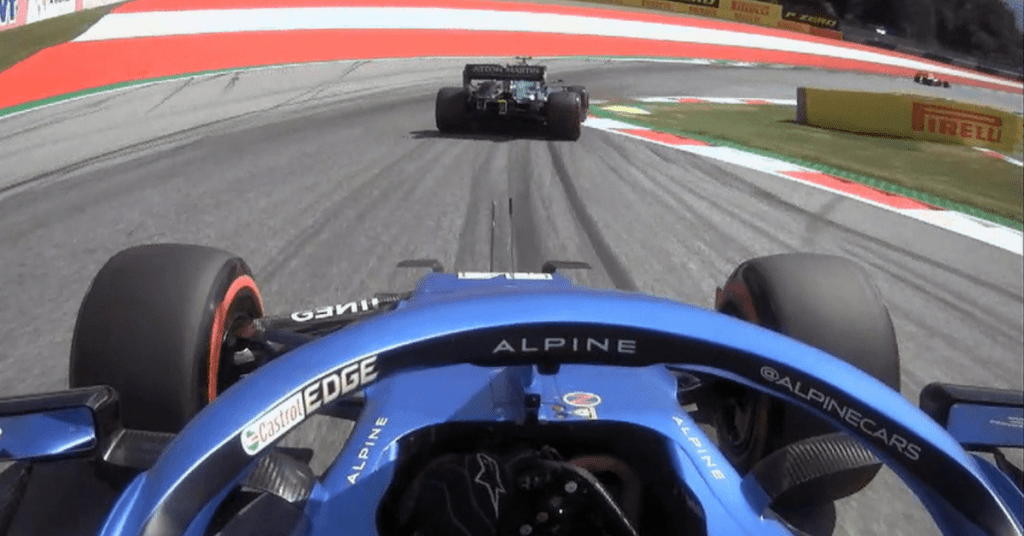