Vettel Has Complained About Mercedes’ Dominance of F1

Another week, another Ferrari challenge that failed to materialise. Heading into last weekend’s Azerbaijan Grand Prix, Mercedes played its usual trick of downplaying its chances of success – before taking a third pole position in four races and another one-two with relative ease. Classic. The Scuderia, meanwhile, endured a torrid end to a weekend that started with being fastest in all three practice sessions in Baku, through Charles Leclerc.

But, Leclerc’s bid for pole position succumbed to a lapse in judgement in qualifying, an incident in which he gave himself an unfavourable review immediately afterwards. Ferrari tried to make the seemingly sub-optimal strategy work for Leclerc, his hands somewhat tied behind his back, but could only take fifth and the extra point for fastest lap. Vettel did manage a podium, but rarely looked a threat to Lewis Hamilton and race victor Valtteri Bottas.

It seems that everyone will have to wait while Mercedes tries to take a sixth successive Constructors’ crown, a feat that would match the all-conquering Ferrari team of 1999-2004. Speaking to BBC Sport, Vettel praised Mercedes for its continued consistency but said the whole thing was getting a touch tedious.

“Boring, isn’t it? So boring. It’s not just four races. It has been four years, more or less. [We must] work harder, work better. We are pushing as hard as we can. But you need to respect that they are doing phenomenally well and getting their cars most of the time in the right place.”

One could argue that Vettel and Ferrari have been in an ideal position over the last couple of year, with serious championship challenges derailing in spectacular fashion both times – either through team or individual mistakes. His words aren’t a sign of submission yet, with the German believing that Ferrari can turn its fortunes around.

“But I’m confident. I believe in this team and I know we can improve. I think we have a good car. We just haven’t managed yet to put it always where it belongs, so it is difficult to have the trust and the feel, but I am sure it is going to turn around.”

This is the same Sebastian Vettel who won four back-to-back-to-back-to-back titles in Formula 1 with Red Bull, featuring the whitewashes that were the 2011 and 2013 seasons. But, then again, Hamilton complained that that was boring, so I don’t know who to believe. 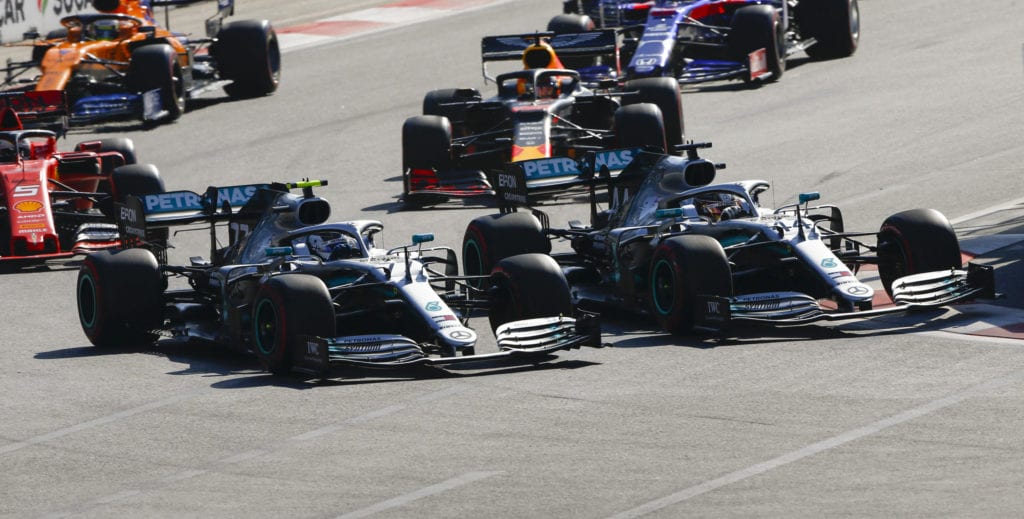