Vettel Is Already Claiming That Mercedes Is The Team To Beat – WTF1
Skip to content
×
Formula 1 , News

Vettel Is Already Claiming That Mercedes Is The Team To Beat

It’s a carbon copy of pre-season testing last year. Sebastian Vettel is calling Mercedes the favourite for the title already. Testing doesn’t provide us with any real answers, let alone when the weather reduces the running even more, so why is Seb already promoting Mercedes to the top step of the podium?

In any sporting arena, being the favourites can be a blessing, but a high level of expectancy also comes with it. It’s true that Mercedes has dominated in recent years, so falling short of this would be a shock in 2018. Speaking after very limited running in the new Ferrari, Vettel said:

“I think Mercedes is the favourite so if we can be close, very close, closer than last year, that would be great, and then we see from there. It’s a long year, it’s March, we will keep going until the end of November. So it’s a long time from here until the end of the season.”

Cue Hamilton to emerge and call Ferrari the favourites in the coming days. This serves as an opportunity to reroute pressure because we won’t really know how close Mercedes and Ferrari are until a few races have been completed.

Vettel did also speak about his feelings in the car and is quite clearly eager to establish the relative performance levels of the Ferrari.

“So far, things have been looking OK, but there has been very limited running for everyone, so it’s very difficult not just for yourself to judge but also to judge compared to the others.

“To be honest though it’s not that important in the first week. You just want to make sure the car is running. But that’s been tough as well because there wasn’t that much running.”

In light of what happened in 2017, expect Hamilton and Vettel to be buddies for the first four races. They will probably call each other the favourite and then let the rivalry commence at a later date, when it dawns on both that the fight for a fifth title is real, beyond words and sentiment. 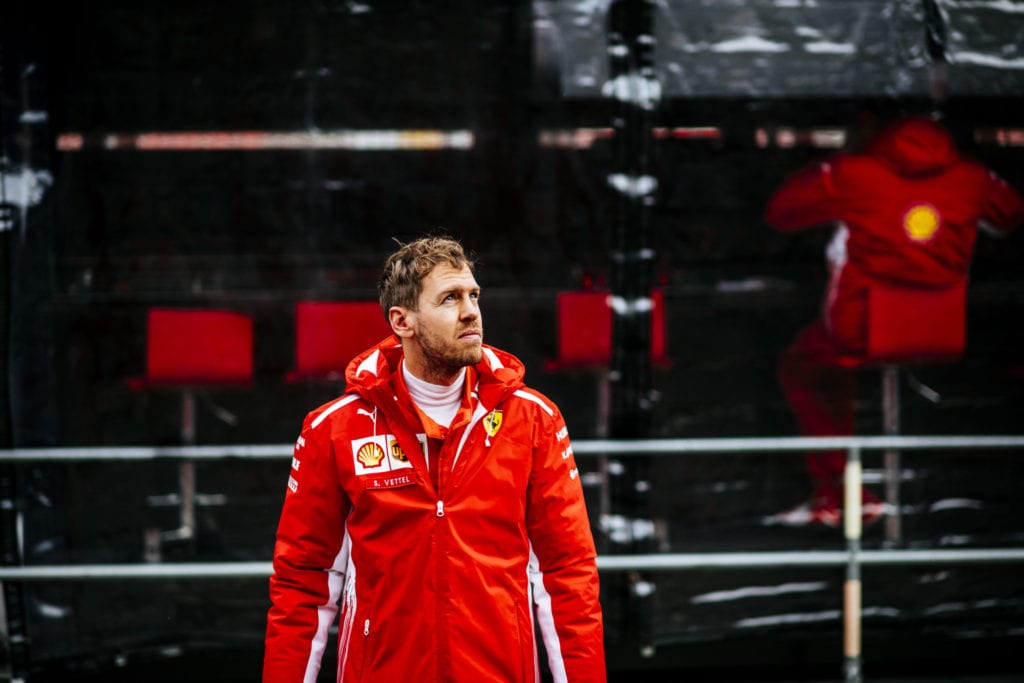