Vettel Is Continuing To Be A Great Team Player Despite Ferrari’s Qualifying Error – WTF1
Skip to content
×
Formula 1 , News

This year especially, Vettel has been absolutely brilliant when it comes to being a team player. He admits his own errors and very rarely does he complain about things in public or get frustrated when something doesn’t work out. In fact, he’s such a good team player that he’ll even defend the decisions of other teams!

It’s the model of a team leader who actively follows the mantra of ‘win as a team, lose as a team’. That’s not entirely surprising considering his hero, Michael Schumacher, was very much the same. But given some of Ferrari’s decisions lately, you wouldn’t blame Sebastian for allowing any frustrations he might have to boil over in public.

That’s especially true following the intermediate tyre shenanigans of Q3 in Suzuka, which – depending on your viewpoint – was either extremely conservative or a massive gamble. And yet, following the session, Vettel happily defended the call and the reasons behind the decision, telling media:

“I think, why we took the decisions, five or six minutes later it started to rain quite heavy so there was something in the air. I think we expected there was more rain coming and obviously it didn’t so then it was the wrong decision. When the conditions are like this then either you get it right or you get it wrong. So I’m not blaming anybody.

“If it starts to rain five/six/seven minutes earlier, then we did a miracle because we’re the only clever ones. And if it’s like that, we’re the only ones looking stupid. As I said, therefore I defend the decision, it’s our decision as a team. Obviously it wasn’t wet enough to start with and the rain didn’t come, it came later.”

Sebastian’s composure is seriously impressive – which makes it all the more unusual that he’s also made some fairly sizeable howlers himself this season.

Win as a team, lose as a team. It’s just a shame for both Vettel and for the neutral F1 fans that Ferrari has been doing a bit too much of the losing lately, because it’s spoilt what was an incredibly exciting championship battle. Just like last year, then… 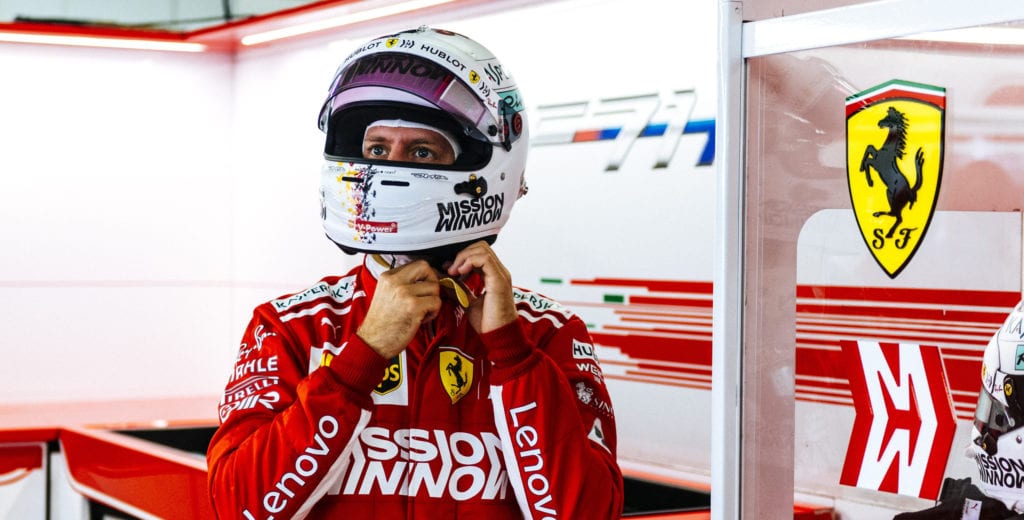