Vettel Isn’t Happy About The Fact Pole Position Is Given In Sprint Qualifying – WTF1
Skip to content
×
Formula 1 , News
2 comments

So, it’s here: Sprint qualifying day. The latest format change will see all 20 drivers on the grid compete in a 100km sprint to decide the starting grid for tomorrow’s British Grand Prix.

Any kind of change will inevitably receive criticism. However, as well as some fans being sceptical, world champions both on and off the grid have had doubts about who will actually receive the title of ‘pole position’.

‘Normal qualifying’, we’ll call it, was moved to Friday evening and saw Lewis Hamilton finish first, ahead of his championship rival Max Verstappen. It was a nail-biting battle to the chequered flag, but Hamilton didn’t get ‘pole position’. Instead, he was the ‘Speed King’. All very odd.

It’s been decided that the winner of the sprint qualifying session on Saturday will go down in the history books as the person who took pole position instead of the driver who set the fastest lap time in the conventional Q1/Q2/Q3 qualifying session.

Understandably, the idea of declaring the person who wins a race as the ‘pole sitter’ has irked a couple of big names in F1.

Earlier this week, when asked for his opinion on the pole position accolade being given to the winner of the sprint qualifying session, Sebastian Vettel wasn’t happy about it.

“But obviously, it depends. If this is a one-off, then it doesn’t do much harm, but if we end up having ten sprint races next year or in the future, then I think it’s just a bit weird.

“So, pole position should go to the guy who goes fastest in one lap.”

He’s also not alone thinking this way. Former World Champ Nico Rosberg, who has 30 pole positions to his name, agreed with Vettel and believes pole position this weekend should go to the fastest driver in Friday’s normal qualifying session.

“This is not the right decision. Pole 100% has to go to the fastest guy in qualifying.” he posted on Twitter.

“The sprint race winner should not be awarded pole position. That will totally cannibalise the historic F1 statistics.”

What do you think about the pole position being awarded to first place in the sprint qualifying? 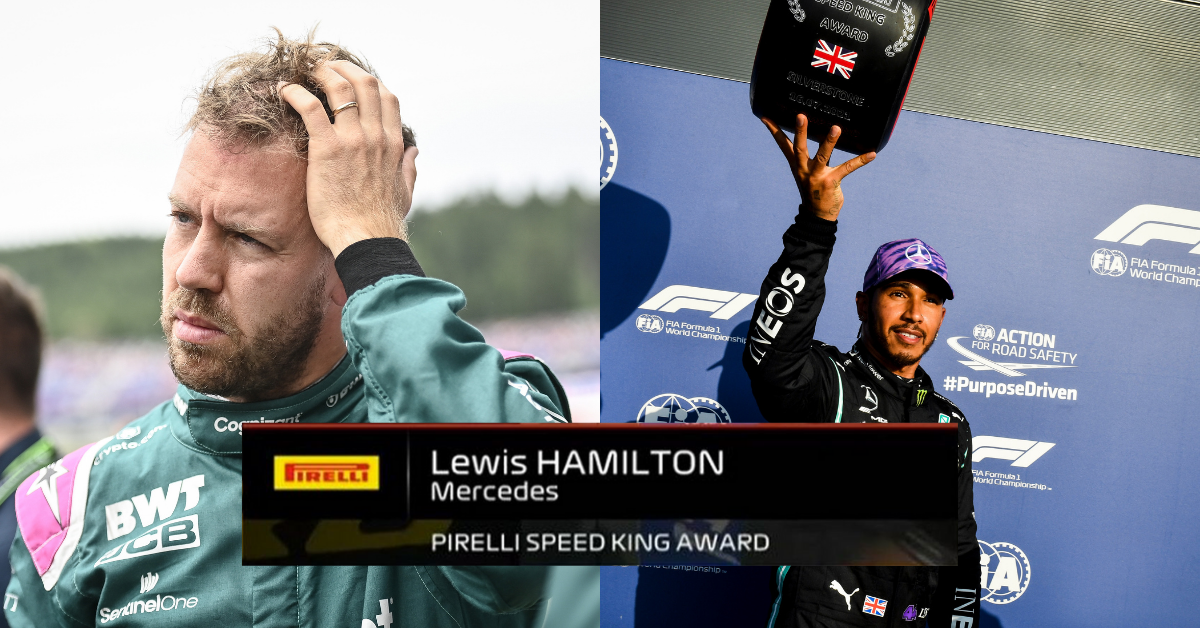