Vettel Raises Over £200,000 For Charity By Auctioning ‘Together As One’ Helmet – WTF1
Skip to content
×
Design , Formula 1
1 comment

Vettel Raises Over £200,000 For Charity By Auctioning ‘Together As One’ Helmet

It’s a lid design that’s close to his heart, but Sebastian Vettel has managed to raise an incredible £204,000 for charity by auctioning off his race-worn diversity-inspired helmet.

The design, which has been worn by the four-time world champion twice this year, is the only helmet Vettel has auctioned from his time at Ferrari.

Proceeds from the sale will be split between two charities; Kindern Eine Chance which helps educate disadvantaged children in Uganda and Des Sourires Pour Le Togo which implements sustainable and social projects for the children of Togo.

As well as being the only helmet Seb has parted ways with during his time at Ferrari, aside from the odd driver helmet swap, it was also the helmet he wore when he secured his only podium at the Turkish Grand Prix earlier this year.

Created by Jens Munser Designs, the artist said “the focus of this new helmet design is a rainbow as a symbol of the diversity of people in a united and harmonious world.

“The colour spectrum is embedded in the basic colour of the helmet, which flows from white into black without separation.

“The [Together As One] message that is very dear to Sebastian Vettel’s heart in these difficult times, and which has inspired this design, can be found on the top of the helmet.”

McLaren also revealed that they’d raised nearly £60,000 for Mind Charity in their special prize draw to win Lando Norris’ and Carlos Sainz’s race-worn helmets that the duo painted by hand in association with Mind.

Thank you to everyone who took part in our most recent prize draw supporting @MindCharity, which raised nearly £60,000.

Congratulations to the winners of the two one-off race worn helmets, @KirstySays and @LoganVB! 👏🎉 pic.twitter.com/ZcATiANSnE

Amazing news and excellent efforts by all!

For more informations on the charities involved, please follow the links below: 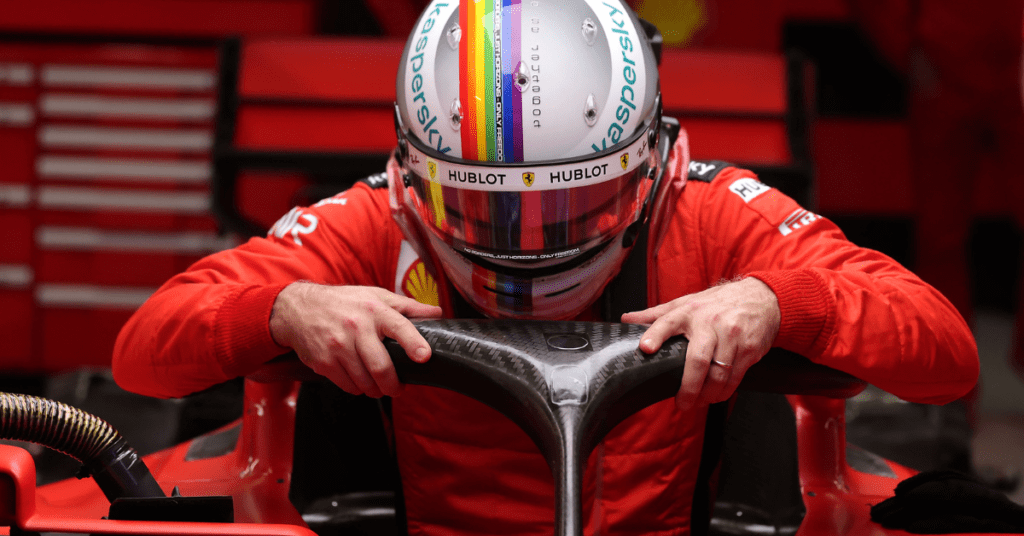