Vettel Reckons He’d Have Won The Austrian GP If It Was Just One Lap Longer – WTF1
Skip to content
×
Formula 1 , News

Bottas was incredibly strong in the opening stages of the race – and not just because of his scintillating start. He pulled out a lead of more than eight seconds on Vettel, but after the stops the Ferrari driver was looking much more comfortable and started to chip away at his lead.
Vettel ended the race just six tenths of a second behind Bottas and said on the podium that he’d have passed him had the race been just one lap longer.

“It was very close. I was told he was in trouble. I felt much happier in second half of race – first half struggling to feel the car, as soon as we put on the supersoft the car came alive. I was catching little by little, last laps getting really close. Perez cost me a bit of time with lapped cars. I think I needed one more lap because he [Bottas] was struggling to get uphill.”

Backmarkers costing you again, Seb? Hey, at least it wasn’t Felipe Massa for once!

Bottas was feeling the pressure towards the end in a race which played out very similarly to that of his maiden victory in Russia earlier this year. He didn’t necessarily agree that he’d have been passed if the race had been a lap longer but was happy it ended when it did. He said:

“I had a bit of a deja vu after what happened in Russia. He was catching up, in the last stint I had a massive blister from lap five or six, which made it tricky. I could control the pace but backmarkers made it tricky. For sure he was getting close and they had more pace – I was struggling with the rear-left, had a blister that was getting bigger and bigger. But difficult to say [what would have happened in] one more lap. I was happy the race ended that lap!”

It was a solid win from the Finn though and following a troubled weekend for his teammate, it puts Bottas right back in the championship hunt, which could give Mercedes a bit of a headache.

Whether or not Vettel would have passed him with just one more lap though is another matter. After all, lots of things could have happened in lots of races if they had a different number of laps! 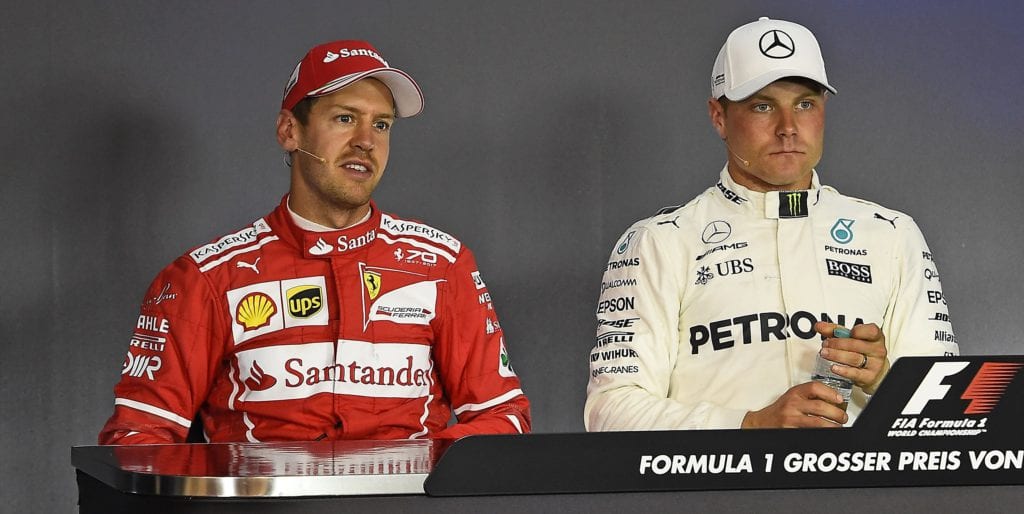