Vettel Reveals He’s Yet To Give His Hungary GP Trophy To Hamilton After DSQ – WTF1
Skip to content
×
Formula 1 , News , Penalties

Sebastian Vettel fans, we know it’s still a sensitive topic. Vettel’s disqualification from the Hungarian Grand Prix came as a shock to plenty of us after it was revealed after the race that there wasn’t enough fuel in his car for an FIA sample.

Rules are rules, and despite Aston Martin’s best attempt to protest the decision, Vettel was officially disqualified from his second-place finish at the Hungaroring.

As you would expect, Seb talked about how “bitter” it was to lose the second-place result but did say that although the podium result might be erased from the history books, it will still stay in his memory.

However, when speaking to the media on Thursday, Vettel revealed that he still hasn’t passed over that P2 trophy to Lewis Hamilton, who was promoted from third.

“I don’t know where the trophy is,” he said. “I haven’t seen it since, so it must be somewhere.”

“The champagne was done already on Sunday night, so that’s gone”.

Do you think Vettel will find himself on the podium again this season? 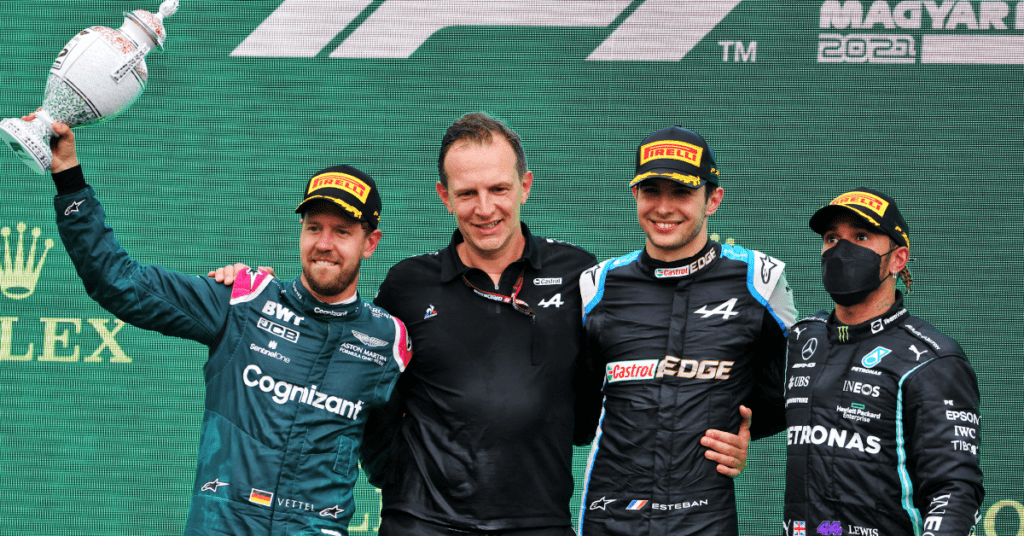 Aston Martin Have Withdrawn Their Appeal For Vettel’s Hungary DSQ

Aston Martin Are Going To Appeal Vettel’s Disqualification In Hungary