Vettel Says The F1 Shield Made Him Feel Dizzy

Sebastian Vettel was the first F1 driver to sample the FIA’s newest cockpit protection device, the shield, after it debuted during FP1 at Silverstone.

The first session of the British Grand Prix weekend began with Vettel heading out onto the circuit for an installation lap with the shield.

It follows on from the FIA’s ditched ‘halo’ and Red Bull’s ‘aeroscreen’, which both were tested during free practice sessions in 2016. The FIA wanted to introduce cockpit protection for 2017 but this was pushed back.

The shield has now become the device backed by the FIA and a development version was tested by Vettel at Silverstone, but he only did one lap with it.

The slow installation run made him feel “dizzy” so he decided not to complete the scheduled run with it.

Here’s what he told media at Silverstone:

“I tried it this morning, I got a bit dizzy. Forward vision is not very good. I think it’s because of the curvature, you get quite a bit of distortion.

“Plus, you get quite a bit of downwash down the straight pushing the helmet forward. We had a run plan with it but I didn’t like it so we took it off.”

So, hardly the most promising debut for the shield, although it’s clearly early in its development and there’s plenty of work still to be done.

The good thing, though, is that Vettel doesn’t think the shield will have a major impact on the driver getting in and out of the car. 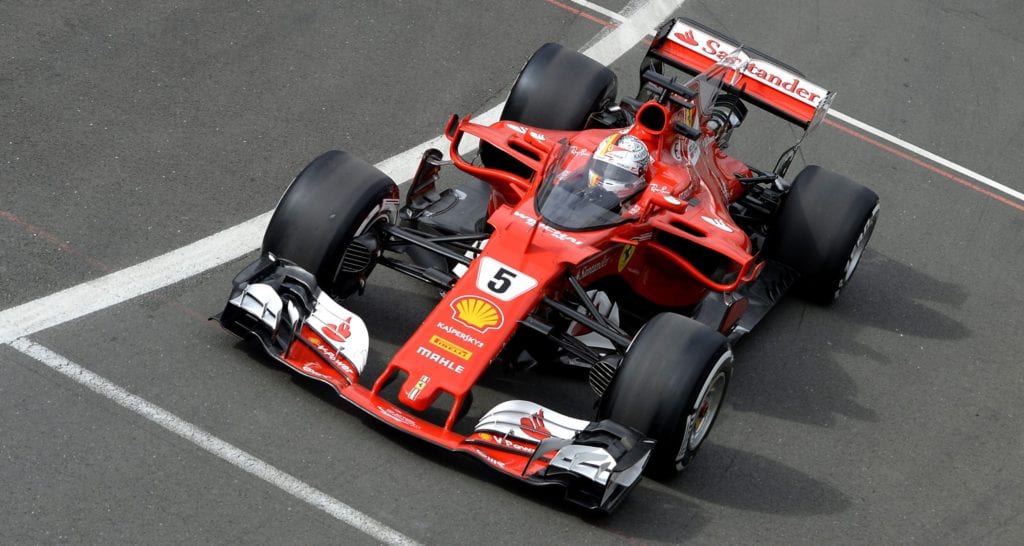