These new 2017 F1 cars continue to crush current track records and Vettel looked ridiculously fast all through qualifying at the Hungaroring.

The German driver put in a 1:16.276 early in Q3, and that actually proved to be his best lap of the session, as he missed out on improving in the final moments by 0.002s.

Fortunately, for him, no one else was able to get close to his earlier lap and he stormed to his third pole in Hungary, with Kimi Raikkonen getting closest to his time.

The Iceman, in front of loads of Finnish fans, secured a Ferrari front-row lock-out and went less than two tenths behind Vettel.

As a comparison, the previous best F1 lap around the current Hungaroring configuration was Rubens Barrichello in his Ferrari back in 2004 with a 1:18.436.

Valtteri Bottas was third quickest despite a wide moment at the exit of the final corner, ahead of his Mercedes team-mate Lewis Hamilton.

The Brit ran wide at Turn 4 on his first lap and bailed, before trying to recover late in the session. However, it was a little scruffy and he only managed fourth.

Red Bull looked red hot on Friday but Max Verstappen and Daniel Ricciardo were only fifth and sixth, ahead of Nico Hulkenberg – who has a grid penalty for a gearbox change.

McLaren got both cars into Q3 for the first time this season with Fernando Alonso and Stoffel Vandoorne eighth and ninth, just ahead of Carlos Sainz Jr.

Paul di Resta has stepped in after a last-minute call to replace the unwell Felipe Massa at Williams, and did a decent job in P19.

Here’s a run-through of the qualifying classifications:

It’ll be interesting to see if Ferrari can carry its dominant one-lap form into strong race pace, or whether Mercedes and Red Bull can challenge. 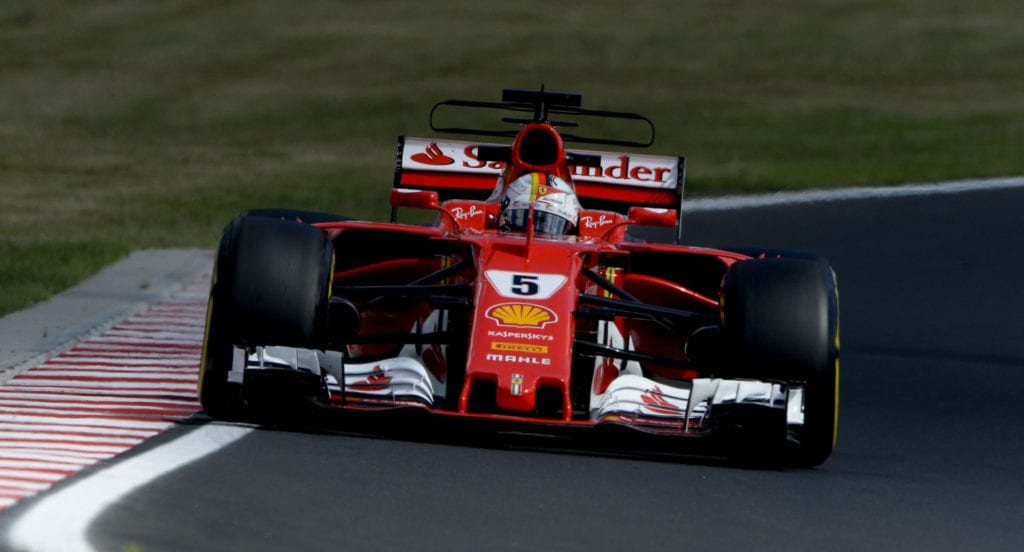