Four-time champion Vettel put in a new quickest time for F1 testing, almost getting into the 1:18s at the Circuit de Barcelona-Catalunya.

We’ve already established the fact these new 2017 F1 cars are a lot quicker than their predecessors, thanks to the new aero and wider tyres.

Valtteri Bottas’ 1:19.320 at the wheel of his Mercedes W08 on day two of the second test (day six overall) was five seconds quicker than the 2015 Spanish GP pole time.

That was the target set by F1 back in 2015 when it introduced these new rules, so, mission accomplished?

Vettel put in a staggering 1:19.024 on day three of the second test in Barcelona, a few tenths quicker than Bottas’ best time and smashing the new quickest lap for these 2017 machines.

In fact, he could have gone quicker and got well into the 1:18s. That’s because, as journalists at the track noted, he kept backing off on the run to the line after the final corner.

So, if he’d strung a full, flat-out lap together on those ultra-soft tyres, he could well have cut the lap time even more.

This is just the start too, and that’s an exciting prospect. These 2017 cars have barely started their development cycle and they are already a fair bit quicker than last year’s beasts.

Unsurprisingly, Vettel ended day three of testing fastest after 156 laps, with Lewis Hamilton and Esteban Ocon next up for Mercedes and Force India respectively.

It’ll be interesting to see if anyone can get into the 1:18s and properly go for it on the final day of testing on Friday. 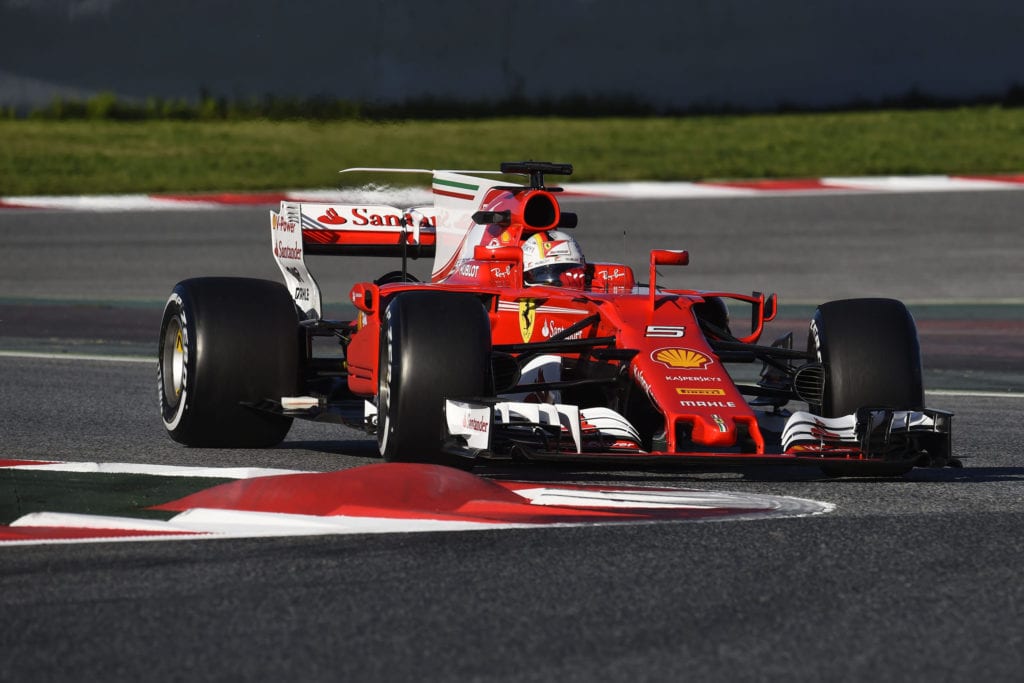