Not since his home race last year has Vettel managed to top a qualifying session but on a weekend where Ferrari looked at least a match for Mercedes, he pulled it out of the bag – and then some.

Hamilton looked imperious in Q3, going fastest after the first runs and then improving his time on the second. However, it wasn’t quite enough as Vettel found almost two tenths of a second to snatch the top spot.

Charles Leclerc ended up a slightly distant third while the other two ‘top-five’ protagonists struggled a bit. Max Verstappen hit traffic on both of his Q2 laps while trying to make Q3 on the medium tyre. When Kevin Magnussen binned it at the Wall of Champions at the end of the session the red flags came out, preventing Verstappen from making it through.

Valtteri Bottas got through to Q3 OK, but then made a series of mistakes. After having a spin out of Turn 2 on his first run (which he was lucky to keep out of the wall), a few lock-ups and missed apices on his second run relegated him to a lowly sixth on the grid.

Despite Vettel’s mega lap, without a doubt the star of qualifying was Daniel Ricciardo. In the dying seconds of Q3 he stuck his Renault a provisional third – ahead of Leclerc. The Ferrari driver got back ahead of him, but nobody else could and so the Aussie will start a superb fourth on the grid, ahead of Pierre Gasly.

Both McLarens made it through to Q3 as did Nico Hulkenberg and Magnussen – though the Haas driver couldn’t set a time due to his earlier crash. Romain Grosjean might have made Q3 but his teammate’s crash also spoiled his session and he ended up 15th.

There was little surprise in both Williams drivers and Lance Stroll occupying the last three positions in Q1, but it was a bit unexpected to see them joined by Kimi Raikkonen and Sergio Perez – the latter being especially self-critical of his lap as he lost time with a mistake at the hairpin.

Vettel out in front is at least good news for the prospects of a close race – providing he can stay there at the start, anyway. The Ferrari has the one lap pace but over the course of a race distance, that could be very different.

With tyres predicted to be rather difficult in the hot temperatures, Verstappen dropping out in Q2 could be a blessing in disguise. With Magnussen likely to drop down the order courtesy of penalties for repairs and Carlos Sainz under investigation for impeding Alex Albon, Verstappen could yet start from ninth with a free choice of tyre compound. Throw in a good start and a couple of early moves and it might not be long before he becomes a factor again. It’s shaping up to be rather a good one… 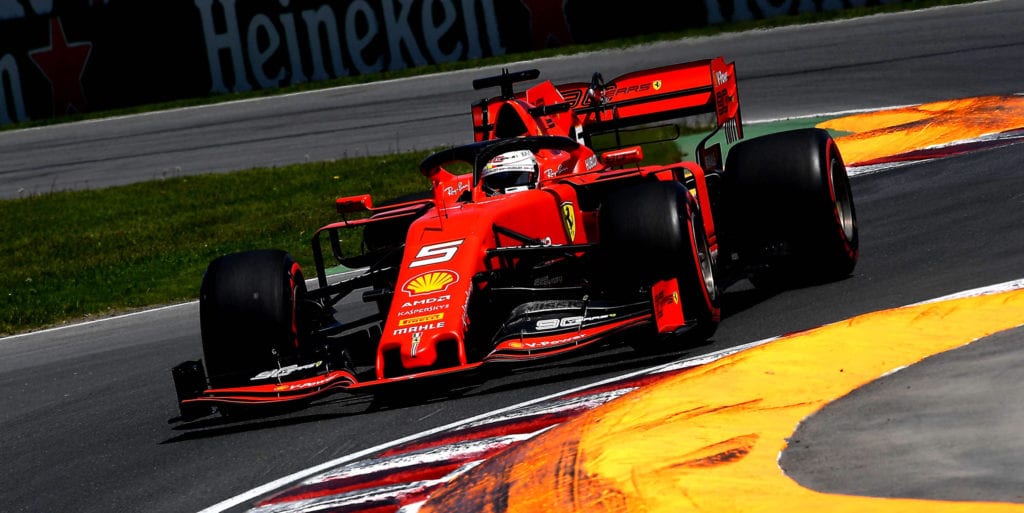