With the Styrian Grand Prix and Austrian Grand Prix being a double-header, many drivers flew back home or went to training camps in the hills during the short break between races. Not Sebastian Vettel. Nope, he spent his time constructing a bee hotel for a local primary school. HOW CAN YOU NOT LOVE THIS MAN?

As an ambassador for BioBienenApfel, a project aiming to raise awareness for creating safe habitats for bees, Seb had the idea and ran a competition to find the best design.

“Sebastian had the idea of starting a creative hands-on competition together with the Styrian elementary schools in order to bring the children closer to the topic of species protection,” Vettel’s website explains.

After picking a lucky winner, Vettel helped build it with the local school children and even arrived a little late to the track as a result on Thursday. As well as helping make a racecar themed bee hotel, Vettel was also handing out flower seeds to the media in the TV pen.

This isn’t the first time Seb has surprised fans with his green-fingered nature. He revealed that he spent most of last year’s lockdown helping out on an organic farm.

How wholesome is this guy? 🥺 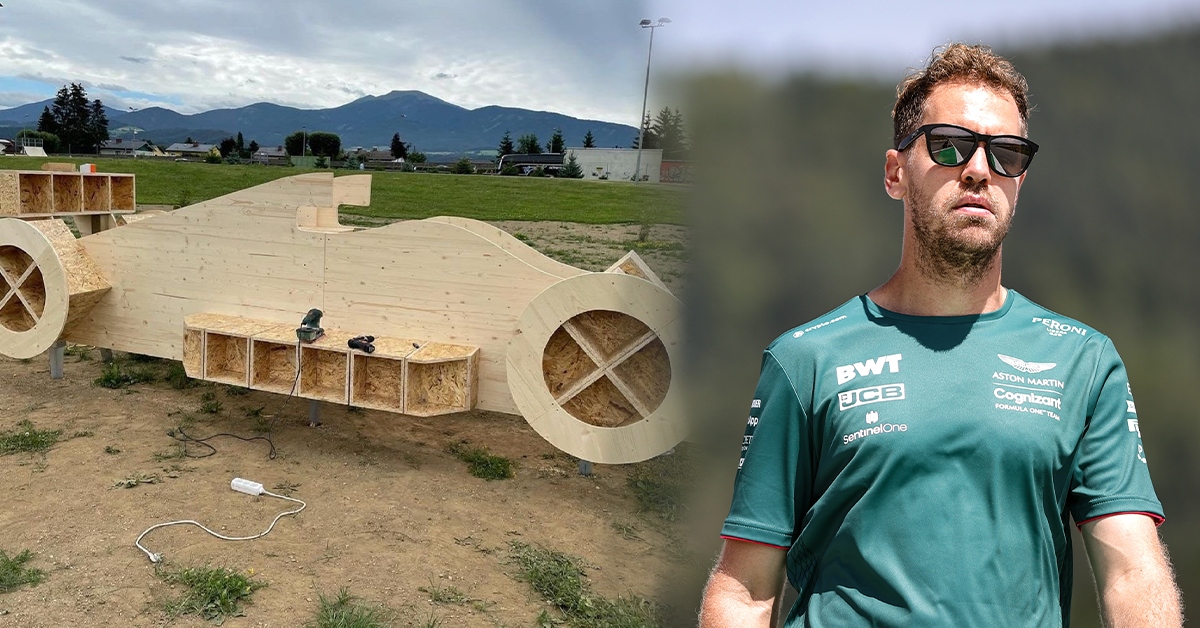