Like most of us, Sebastian Vettel found himself with a lot of spare time during the lockdown last year. With COVID-19 causing the whole world to come to a standstill, F1 had come to a halt and races were delayed indefinitely. However, Vettel decided to get his hands dirty and underwent an internship at a farm.

Vettel was speaking about his farming days at a Bio Bienen Apfel event in Vienna – a project Seb is an ambassador for, aiming to raise awareness for creating safe habitats for bees. Honestly, how can you not love this guy?

Translated on Twitter by @Vetteleclerc, Seb explained he had “more time available than planned” due to the first lockdown.

“I thought about what I could do and what I was interested in. The topic of agriculture and farming interests me.

I heard that you did an internship at an organic (bio) farm. Why?

Vettel: "Yes, it was the first lockdown last year and since I had more time available than planned, I thought about what I could do and what I was interested in. The topic of agriculture / farming interests me." pic.twitter.com/vOewMXcNxI

“I became interested about it as an athlete through nutrition. What can you do to eat healthier and squeeze more performance out of your body? You ask questions, and eventually, you realise that not every vegetable is the same; not every apple contains the same nutrients.

“So, I took the chance last year to learn more about this topic, and I found it very exciting to learn it in practice and to talk to people who deal with it every day.

“It was definitely very interesting.”

With the four-time champ not having any social media, fans continually questioned what Seb was up to during the four-month break between the cancelled Australian Grand Prix and the season-opener in Austria. Now we know.

Anyone have ‘working on a farm’ on their driver lockdown card? 🤔

This confession comes just weeks after it was revealed that Seb was doing his part to save the planet when at the race circuit. On the Ted’s Notebook on SkySports, Ted Kravitz shared that Vettel had been in discussions with F1 CEO Stefano Domenicali about the traditional Gulf Air flyby.

“The pilots were practicing the flyby in testing,” Ted explained. “Seb said to Domenicali, ‘this pilot is wasting a load of fuel, and I don’t like it’.

“F1 then went to Gulf Air, the race sponsor, and said ‘is there anything you can do?’. Gulf Air said, ‘yeah, we can put some biofuel or synthetic-fuel in and will run the flypast on biofuel’, and they did.”

We have no choice but to stan this unproblematic king. 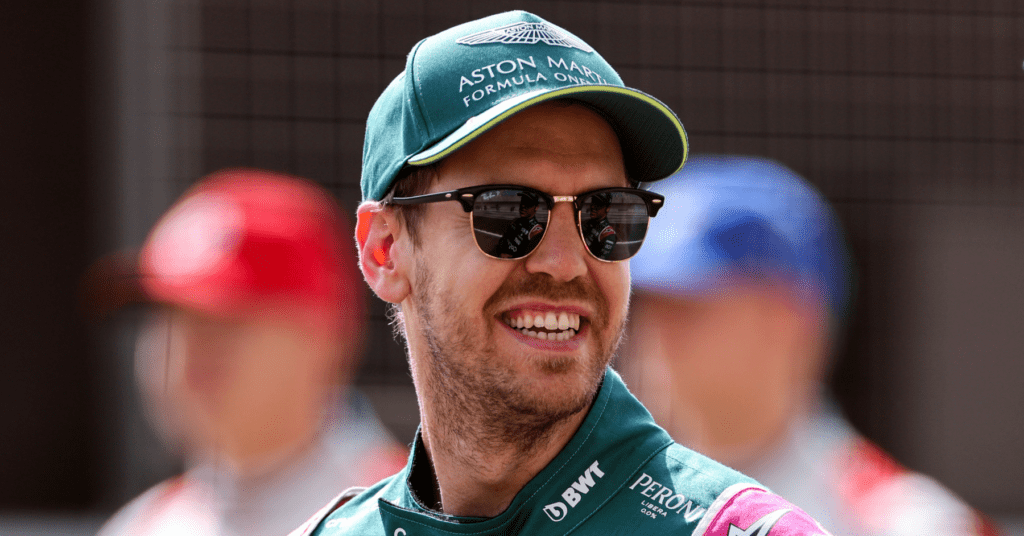