The two weeks between Monaco and Canada seemed to be rife with all sorts of strange rumours – as well as the rubbished Nico Hulkenberg-to-Red Bull murmur came claims that Vettel was thinking about packing it all in at the end of this season.

It’s true that things haven’t been going Vettel’s way lately – the clumsy way his title campaign fizzled out last year, the apparent continuation with his costly spin in Bahrain, and the threat from a fast, determined young teammate in Charles Leclerc all seem to point to a situation where it would be quite easy to walk away. And while he may only be 31 years old, with 225 races under his belt you could forgive him for perhaps being a bit burnt out, especially with how he mentions enjoying doing mundane things – the highlight of his winter was being able to cook breakfast at home.

It’s an admirable quality for a driver to enjoy their privacy, and the prospect for Vettel walking away from the drama to go and enjoy the quiet family life might be an appealing one.

However, Sebastian is still fuelled by the desire to deliver success to the Scuderia before he packs it all in. He told Autosport:

“I never said anything like it so I don’t where [the rumours] come from. I think I can stop whenever I want, and the team can probably kick me out whenever they want, but I think I’m very happy with the team and I hope the team is happy with myself. I’m very hungry and I have a mission here to win, that’s really the only thing that matters to me, to win with Ferrari, and that’s what I’m working for. Currently we’re not winning, so you can make the maths, and we still have something to do.”

On the subject of winning, Vettel boldly claimed that Ferrari’s chances this season aren’t over yet – as long as the team can get on a roll by the summer break.

“Before the summer break we need to be in a very very good shape to then use that momentum for the second half to turn it around. I’m not too stressed. We go step by step and we have certain things in the pipeline.

“I think we have an understanding of what the car needs. Some things that we can apply short-term, other things maybe more long-term. Then I think very quickly, within these weeks, we’ll find out where we are.”

Plenty of optimism there, sure – but then he’d hardly say it’s already over, would he? 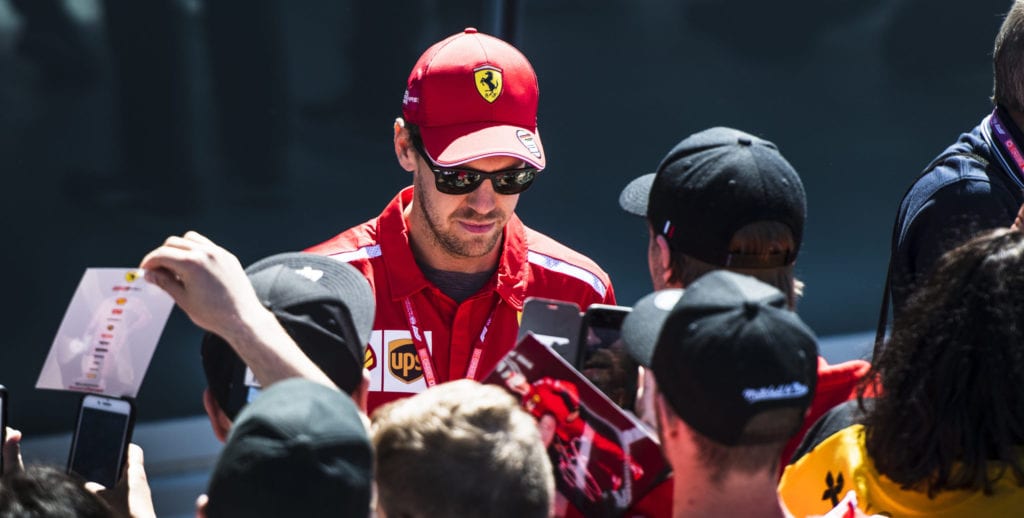