Vettel Surpasses Prost With A Commanding Victory At Spa

For five corners, the Belgian Grand Prix was the most eventful thing in the world. Nico Hulkenberg completely messed up his braking into La Source and speared into Fernando Alonso, who sailed over the top of Charles Leclerc in a crash eerily reminiscent of the one Romain Grosjean triggered in 2012.

Then, Vettel made a move on Lewis Hamilton for the lead, whilst both Force India’s also decided to grab a piece of the action and make it four-wide heading into Les Combes. For a brief moment, it looked like Esteban Ocon might grab the lead but he backed out of the move, losing a spot to his teammate in the process.

Then the safety car came out to clean up the mess at the first corner and from then on, the race was kinda… meh. Vettel maintained a lead of a few seconds until the only stops and although Hamilton closed up by pitting a lap earlier, the Ferrari driver soon stamped his authority on the race and went on to take his 52nd career win, putting him a clear third on the all-time win list ahead of Alain Prost.

Max Verstappen finished third to take his first podium on ‘home’ soil, with Valtteri Bottas recovering to fourth after starting way down thanks to grid penalties. Daniel Ricciardo and Kimi Raikkonen were both caught out in the first corner melee and eventually retired as a result of their damage. That allowed the Force Indias to finish fifth and sixth, taking 18 valuable points in the constructors’ championship.

Next up were the two Haas cars; Pierre Gasly put in another strong showing for Toro Rosso to finish ninth, with Marcus Ericsson nabbing the final point.

In fact, Ericsson provided one of the only vaguely entertaining moments of the race as he battled to get past Brendon Hartley after his pit stop. Hartley was also the victim of an overtake by Bottas into Eau Rouge, which was also kind of entertaining. What else? Oh yeah – Sergey Sirotkin spent his first laps of the season running inside the top 10, though he eventually slipped to 12th.

So it wasn’t the most entertaining race, but Vettel’s win drags him seven points closer to Hamilton in the championship – the gap between them is now 17 points. Ferrari also still seems to have the better all-around package, so after the long straights of Monza and the streets of Singapore (where Vettel is always strong and Mercedes is often weak), the championship picture could look completely different. Let’s hope those races are a bit more interesting than Spa was… 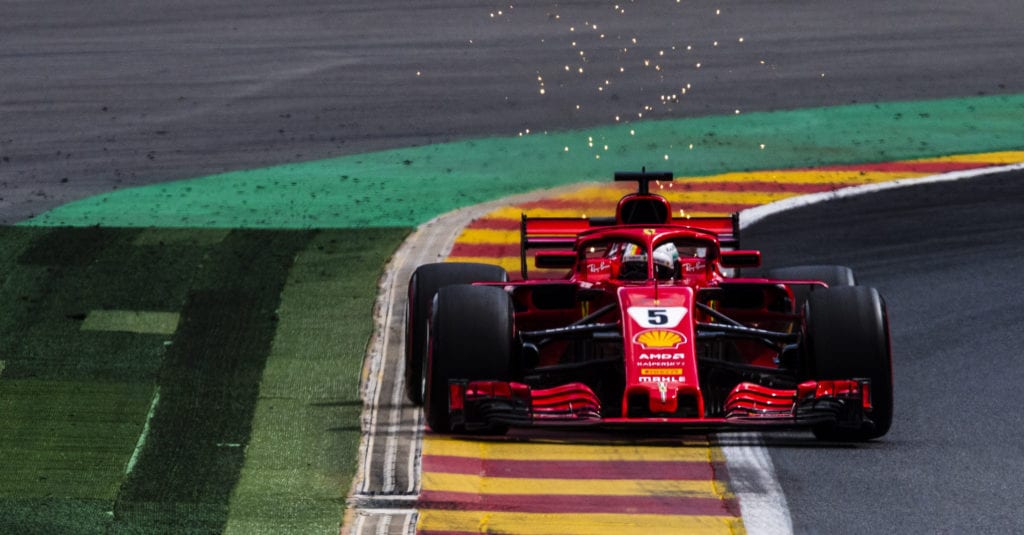