Vettel Takes A Stunning Pole At A Wild And Windy Suzuka

Friday practice painted a picture of this being a Mercedes weekend. However, two days later it seems that either Ferrari had something in its pocket, conditions simply suited the red car a little more, or perhaps a bit of both.

After a steady run in Q1, Vettel – a real master of Suzuka – turned it up throughout the session and after the first runs in Q3 found himself a third of a second quicker than his teammate. Charles Leclerc couldn’t match it in his second run while Vettel found another couple of tenth to secure his second pole of the season and his fifth at Suzuka.

Mercedes’ Friday pace never quite materialised, although the order of its drivers stayed the same as Valtteri Bottas outqualified Lewis Hamilton – but only by a tiny margin. If it’s small margins you want, though, look no further than Red Bull as Max Verstappen and Alex Albon set identical lap times. It’s a super effort from Albon on a track he’s unfamiliar with and at the moment, you’d think he’s doing everything he needs to ensure he stays in that seat for next year.

McLaren seemed comfortably ahead of the rest of the midfield as Carlos Sainz and Lando Norris made it two-by-two on the first four rows of the grid, with Pierre Gasly and Romain Grosjean rounding out the top 10.

There are three drivers who won’t be quite as happy as some of those in the top 10, though. Nico Hulkenberg’s Renault developed some sort of issue in Q2 which, with just a couple of hours between qualifying and the race, leaves the team in a race against time to get it sorted. Williams is in the same boat as Robert Kubica had a heavy wind-assisted crash coming out of the final corner in Q1 – not ideal considering the team is already up against it with spare parts – while Haas also has to break the spanners out after Kevin Magnussen dropped it in the same place as Kubica.

The qualifying results may look rather orderly but, thanks to the disrupted weekend, there are so many unknowns heading into the race that a Ferrari one-two is far from a guarantee. Mercedes always come strong in the race and, with overtaking tough at Suzuka, strategy is going to be key. If the blustery conditions continue then there’s a real chance of a safety car or two to mix things up even further, as well as the prospect of part three of the simmering drama between the Ferrari drivers. 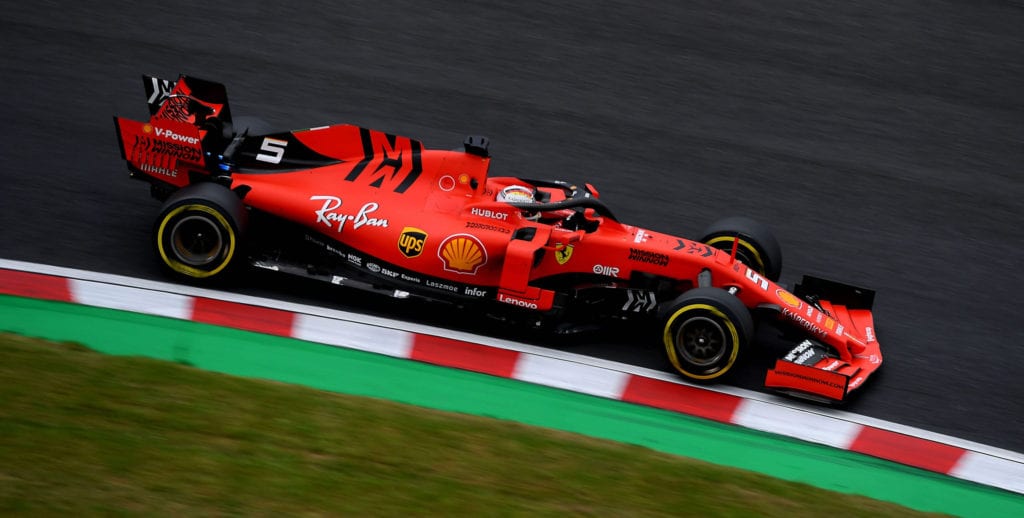