Vettel Thinks It’s “Stupid” That Races Like Germany And Spain May Drop Off The F1 Calendar – WTF1
Skip to content
×
Formula 1 , News

While Vettel isn’t against F1 expanding its global reach, the Ferrari driver pointed out that several tracks and races sanctioned late in Bernie Ecclestone’s reign are left lacking in attendance – saying that it’s “more fun” for drivers to drive in front of capacity crowds. The German’s thoughts come after the German Grand Prix at Hockenheim, a race that is not on the 2020 calendar as it stands. Silverstone and Monza have also come under severe threat in recent years, but fortunately both tracks have extended their contracts.

In 2018, the first French Grand Prix in a decade was held – bad news though, it was at Paul Ricard. Swings and roundabouts. Vettel told Motorsport.com:

“I know the people here [at Hockenheim] very well. They’re putting a lot of effort and passion and they’re very keen on staying, on having the grand prix here. It’s a great show but I don’t think they make any money. I think they lost money last year, and thanks to Mercedes [which took on title sponsorship of the event for 2019] they were able to have the grand prix again. So I don’t know about the negotiations for next year and how much more money they would need or not.

“The problem is that Germany isn’t keen to pay anything, so you need people from outside, investors. The government isn’t happy to support, unlike in the Netherlands and other places that we go [to]. I think the way they [F1] string their business is based on how much people pay and then you get a grand prix. It’s important that we don’t lose certain grands prix, it’s irrelevant what they pay. F1 without Monza would be stupid. Losing big countries with a lot of history like Germany or Spain is wrong.”

One classic track is set to return to the calendar next year, as Vettel pointed out; Zandvoort. The 2020 Dutch Grand Prix will be the first for 35 years, but there’s a high chance that Spain and possibly Mexico will miss out. Germany’s place will most likely be taken by the inaugural Vietnam Grand Prix around the streets of Hanoi. Spain’s heritage and status may be missed but, be honest, will anyone miss Catalunya? At least Jerez is interesting, but would be equally poor for racing.

Vettel understands that profit is important, but says it’s vital to keep F1 in countries where a large part of the core fanbase is.

“People always want to make money and profit so it doesn’t help if [some] tracks pay less than others. It’s important to bring the sport where there’s passion for the sport – so keep countries like Germany in the calendar, the UK and all those iconic places. That would be my take on it.

“It’s more fun as well for us to drive in front of a lot of people rather than empty grandstands, even if they’re all equipped with new seats – useless when there’s nobody sitting on them.”

It’s a fair argument. Some of the new tracks and venues have been interesting, and even thrown up some good races in the past. But the staples must still be…staples. Can you imagine an F1 season without a Monaco, British, Italian, Belgian – or even Australian and Hungarian – Grand Prix? 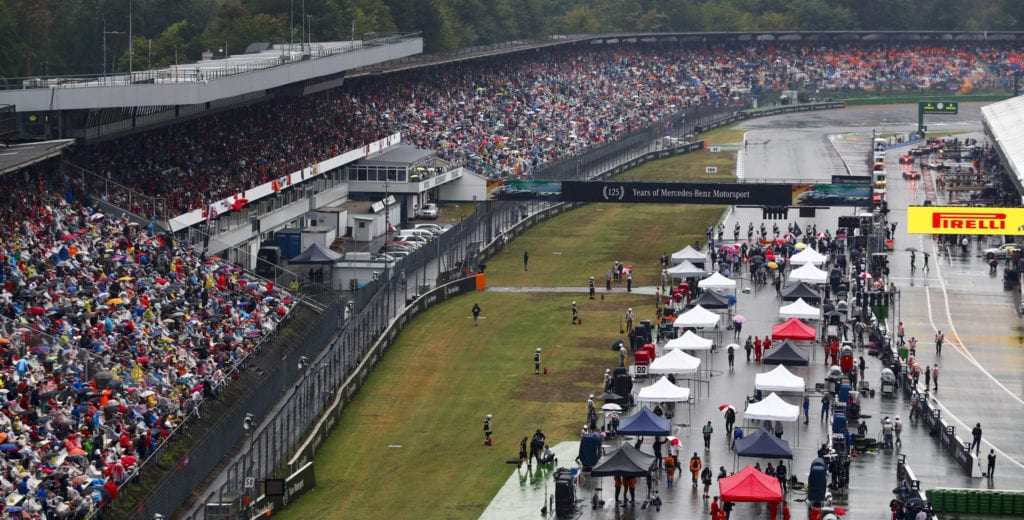