Vettel Was Happy That He Only Spun Once During The Austrian GP – WTF1
Skip to content
×
Formula 1 , News

When did it hit home for you that the 2020 season had finally started? Was it FP1 on Friday? Was it the drama after qualifying on Saturday? Or was it the moment the lights went out and the race got underway? As cool as it was to finally see all those things after months of waiting, the moment that really confirmed that F1 was truly back was when Vettel did his party trick of spinning while trying to battle another car.

Vettel had a ‘mare of an Austrian GP. After dropping out in Q2 in qualifying, he spent the first half of the race running in the lower part of the top 10 and not really looking threatening. At the first safety car restart, Charles Leclerc and Carlos Sainz were battling into Turn 3 ahead of him. Vettel tried to capitalise, misjudged it, and it happened – the big sbinalla.

As is the tradition from a Vettel spin he was able to get going again, albeit right down the order. After the race he told Sky F1 that he was happy that proved to be his only spin:

“Charles, I think, was trying to defend his position and Carlos in the last second was turning in fairly aggressive to I guess line up for the next straight.

“And then I was a bit locked in. I didn’t really have a place to go to avoid contact. I tried the kerb as much as I could, I locked the rears and basically spun around. Once I was sort of committing to trying to get as close as possible for the next great straight then suddenly I found myself not having any place to go.

“So it was obviously a shame that I had that lost the car there because it was quite costly. But I was struggling generally throughout the race with the car feeling and confidence also under braking so it probably didn’t help make the most accurate judgement in hindsight.”

‘Struggling’ is putting it mildly as even after his spin, he didn’t make much of an impression. While Leclerc brilliantly made his way up to second, Vettel languished behind the Alfa Romeos and AlphaTauris to eventually finish 10th. Gaining just one position from his grid slot in a race which had nine retirements isn’t great.

Vettel complained that the car didn’t feel the same as it had during Friday practice, when his pace suggested that he was consistently a couple of tenths quicker than his teammate.

Mattia Binotto didn’t mince his words when speaking about Vettel’s performance, either:

“When driving in such conditions, he’s not delivering on his best. The spin and the contact was certainly not a great action from his side. I think he’s conscious of it.

“I think it’s a shame because today it could’ve been important to score points, especially maybe when our direct competitors are not scoring much points. It’s really a shame, but now we need to understand why the car was not behaving.”

Having a second race at the same circuit gives us a decent opportunity to see how much teams have (or haven’t) progressed from the first race. Of all the drivers, Vettel perhaps has the biggest scope to improve of anyone. 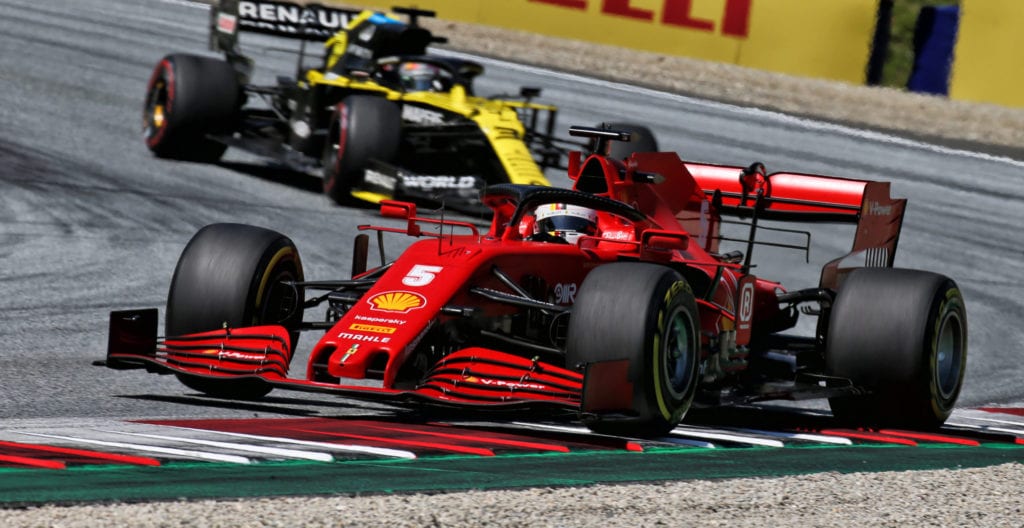