Vettel Wasn’t Too Happy With Ferrari’s Strategy In Singapore

Ferrari didn’t quite capitulate as spectacularly as they did in this race last year but it was still a difficult race to take for the red team, and reduces the team’s chances of picking up at least one title at the end of the year.

Sebastian Vettel was the first of the front-runners to pit having disposed of Max Verstappen on the first lap. It was a reaction to Lewis Hamilton’s purple sectors on the hypersoft tyres that prompted the call as Ferrari was hoping to pull off an undercut in the pits. Not only did this fail, but the ultrasoft tyres he left the pits on prevented him from attacking later on in the race.

To compound his fate, he re-emerged behind the Force India of Sergio Perez and couldn’t therefore use his fresh rubber to close the gap to Hamilton as he reacted and pushed on his in-lap. This also allowed Verstappen to jump the Ferrari in his later stop.

A reflective Vettel was critical of this strategy after the race in which he finished 39 seconds adrift of his title rival after his tyres fell off the cliff towards the end. He said after the race:

“I said before the weekend we could only beat ourselves and I think today we didn’t get everything out of our package.

“It was pretty obvious what we tried to do and it didn’t work. It was clear we were not fast enough in the race, we need to understand why. It’s largely due to how we decided to race and which tyres for how many laps. What we tried to do was get to first position and get ahead, but Lewis was too quick. Once you are ahead you can control the pace around here, but we never got ahead.”

Hamilton, on the other hand, was served an ideal strategy. The only potential hiccup was the scuffle between Romain Grosjean and Sergey Sirotkin as they battled ahead of the leaders, ignoring the blue flags that ultimately allowed Verstappen to momentarily look like he was able to lunge for the lead. Hamilton kept his head and extended his lead over Vettel in the championship to 40 points with six races to go with what could be looked back upon as his most convincing weekend of 2018.

Is it game over? As long as there are human beings driving the cars and making the calls, it isn’t. But the goal posts for each title protagonist have shifted with Hamilton outscoring Vettel again. Now, it feels like Hamilton will need at least one non-scoring race in order for Vettel to come back into contention. Ferrari has unfortunately lost possession of its own fate with this result and Mercedes is very much in control.

It has to be said that Vettel was gracious in his defeat this weekend, and showed loyalty to his team despite the strategy:

“The decisions we took in the race were to try and be aggressive. If it works then it’s great; today it didn’t work. It obviously didn’t work by quite a bit, so we have to look into that. But we saw something and that’s why we go for it.

“If it doesn’t work it’s always easy to criticise, but I will always defend what we did. But overall we had a very strong package, both Kimi and myself looked very competitive throughout practice, but in the end if you look at the race result we finished third and fifth. Like yesterday, probably not where the speed of our car belongs. So that’s what I meant by saying we didn’t get everything out of ourselves.”

Vettel also questioned the team in Q2 on Saturday, when he wanted to put in another run as he felt he still had half-a-second to find on the slower ultrasoft compound. Along with his comments in qualifying and in the race today, is this a sign of Ferrari fracturing under the pressure? 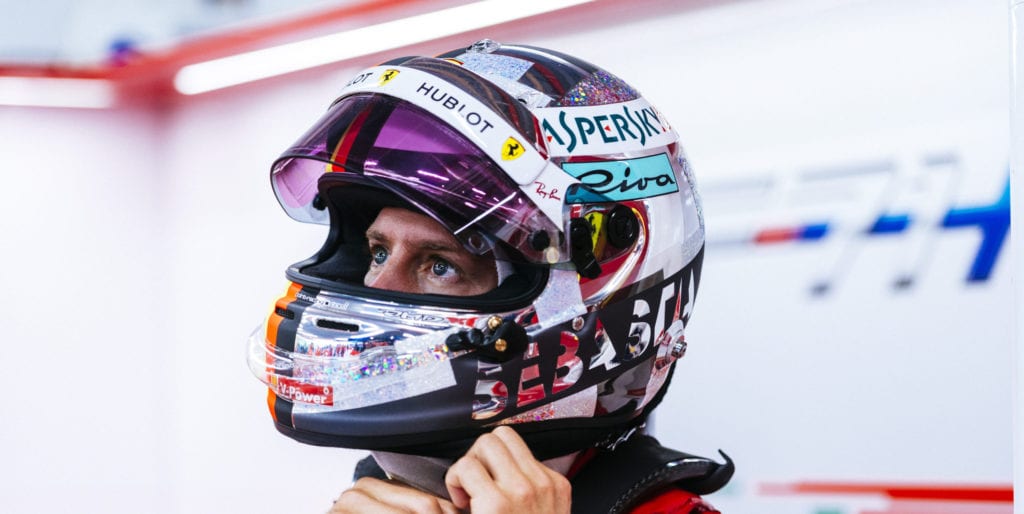