It really does feel like we’re writing about Seb doing wholesome things every weekend, doesn’t it? First using his spare time between races to build a bee hotel with local primary school kids in Austria, and now clearing up after fans in the grandstands at Silverstone.

According to those at the track, Vettel spent “hours” in various grandstands helping collect any rubbish that fans had left in the stands and making the venue a cleaner place.

Seb you are incredible! I’m so proud to support you. It was amazing to be apart of the litter pick in the grandstands with you for the past 3 hours… I’ll be forever grateful for the man you are! What an inspiring experience 🥰💚 pic.twitter.com/EC088dGluq

The four-time champion had an odd race after an early spin, and saw him eventually retire from the British Grand Prix. It’s great to see him decide to spend his extra time in the evening with a small selection of fans and using his influence in a positive way.

Sunday evening at Silverstone. The #BritishGP weekend is over.

But for Seb, the race for the planet never ends. 💚 pic.twitter.com/XLHfDQYqL2

Really, how can you not love this guy? 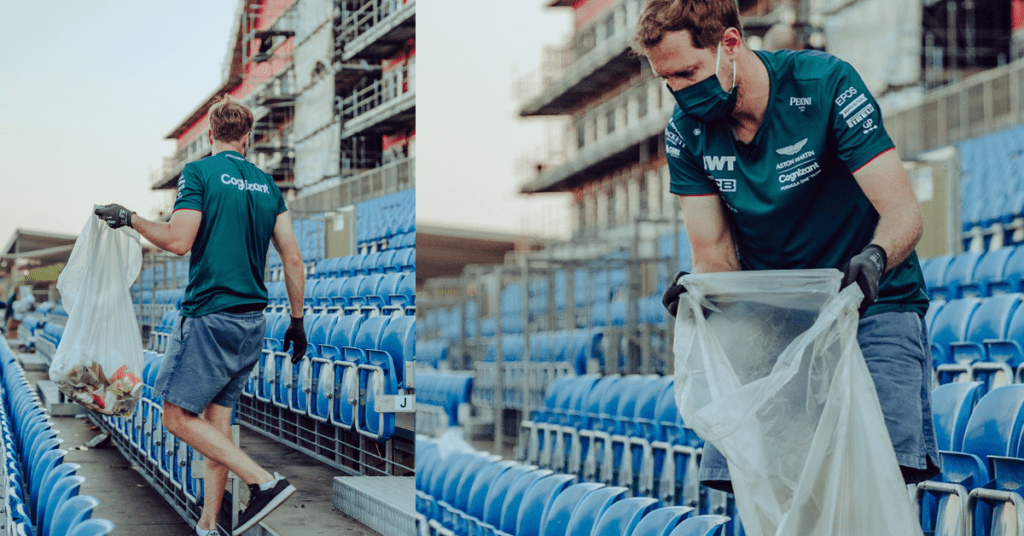