Vettel Will Auction Off His Special ‘Together As One’ Helmet For Charity – WTF1
Skip to content
×
Formula 1 , News

Sebastian Vettel’s helmet designer, Jens Munser Designs, revealed that the special lid that made its debut during the Turkish Grand Prix weekend will be auctioned off for charity at a later date.

The helmet, which emphasises a “together as one” message, includes a rainbow pride stripe and a background that fades effortlessly from black to white. The base of the helmet also features a collection of people from all walks of life.

It was created to celebrate the “diversity of people in a united and harmonious world” and brought some luck for Vettel as he went on to finish third – his best result in over a year with Ferrari.

“The [Together As One] message that is very dear to Sebastian Vettel’s heart in these difficult times, and which has inspired this design, can be found on the top of the helmet,” Jens Munser Designs said on social media.

Vettel has continued to use the helmet during the practice sessions around the Bahrain circuit, so perhaps it will continue to bring him good fortunes this weekend. 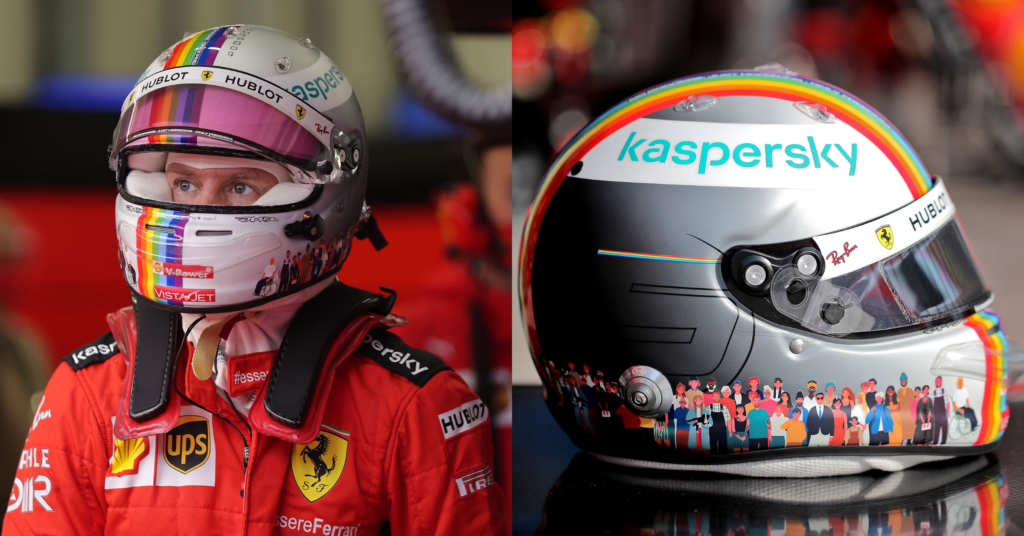