Vettel Will Start Last In Malaysia After More Problems For His Ferrari In Qualifying – WTF1
Skip to content
×
Formula 1 , News

Ferrari has looked pretty quick in Malaysia and Sebastian Vettel was well in the hunt for pole position. On a weekend where Mercedes seem to be struggling a bit, it could have been a big help for Vettel after the nightmare of Singapore.

But his weekend suffered a setback in FP3 when his car developed a problem right at the end of the session. Ferrari managed to swap out all the broken bit before the start of qualifying but before he could set a time, Vettel reported more problems with his car.

Vettel's woes seem to be continuing into qualifying despite the engine change 😟#C4F1 🇲🇾 pic.twitter.com/NqEfdOK7Wv

Again the team attempted to fix it, but in the end he couldn’t make it out before the end of Q1, dooming him to start from the back for Sunday’s race.

Vettel seemed pretty chillaxed about the whole situation though, saying:

“I think we would have gone all the way today but now we start last. We save some tyres and who knows what will happen tomorrow if we have rain or a safety car?

The race is not today and it would be worse if this had happened tomorrow. The car is quick; I am still fairly relaxed. Overtaking here is straightforward and when you have a quick car you produce big drives.”

One potential benefit of starting at the back is that Vettel can now take on a whole load of new engine components and the penalties that go with them, thus avoiding potential grid drops for the remaining races.

Even if he can charge back through the field though something a bit nuts will have to happen for him to gain points on Hamilton. The Brit overcame the issues he had with his Mercedes in practice and took pole number 70 with a stunning lap of 1:30.076, which nobody could beat.

Kimi Raikkonen couldn’t quite help out his teammate by taking pole and he’ll line up second on the grid, with the two Red Bulls of Max Verstappen and Daniel Ricciardo filling row two. Valtteri Bottas could only manage fifth, almost seven tenths off Hamilton’s pole time.

Further down the grid, Esteban Ocon did a great job to put his Force India sixth, and Stoffel Vandoorne managed to outqualify Fernando Alonso despite not having raced at the track before, and without having the latest updates on his car.

Much to the dismay of Daniil Kvyat, Pierre Gasly also did a great job. The debutant was actually faster than Carlos Sainz in Q1, and finished Q2 in 15th, one spot behind his teammate. The race is a very different thing, but it’s been a great effort so far from the Frenchman.

All in all, it’s another huge swing towards Lewis Hamilton in the championship. With six races still to go though, anything can happen – especially if we get a bit of rain in the race tomorrow… 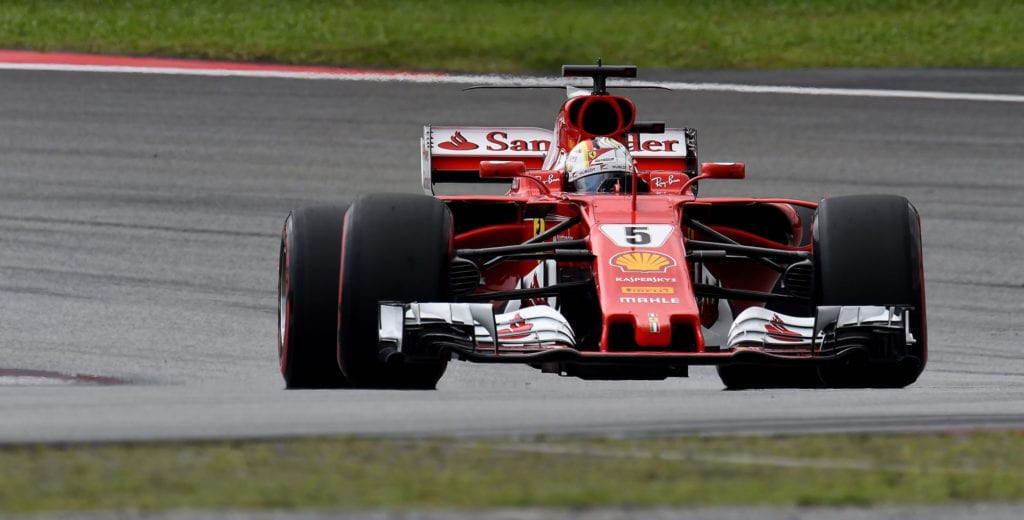