Vettel Wins A Mega British Grand Prix As Hamilton Fights Through From The Back – WTF1
Skip to content
×
Formula 1 , News

For the second time in three races a Mercedes was spooned off the track by a Ferrari on the first lap – this time Kimi Raikkonen crashing into Lewis Hamilton. Hamilton had already lost out to Vettel and teammate Valtteri Bottas after making a dreadful start, but the contact put him right to the back of the field.

It wasn’t long before he’d made his way back to sixth as the combination of the powerful Mercedes engine and the three DRS zones was too much for most of the drivers to even bother defending against, but he’d had good pace and managed to make his stop later than the rest of the top six.

Up at the front, it was all looking pretty steady with Vettel comfortably leading from Bottas and the two Red Bulls, with Kimi dropping back after serving a 10-second penalty for the contact with Hamilton. Then, Marcus Ericsson tried to DRS his way through Turn 1, crashed, the safety car came out, and the whole thing came alive.

Whilst both Mercedes stayed out, the Ferraris and Max Verstappen stopped for a second time (Daniel Ricciardo had pitted again shortly before the safety car), leaving Bottas in the lead and having to fight off Vettel.

At the restart, Raikkonen got ahead of Verstappen, but Max fought back immediately with a stunning move around the outside of Luffield and then Copse in a superb bit of racing which took the sting off all the monotonous DRS passes earlier in the race.

Further down the field Romain Grosjean and Carlos Sainz tried to do the same thing, but Grosjean got a wobble on and took the pair of them out, bringing the safety car out again.

At the second restart, Bottas defended valiantly for a few laps, but it was clear his tyres were past their best. Vettel still had to work for it though and gained the lead with a superb lunge at Brooklands with five laps to go.

Hamilton then found his way past his teammate, with Raikkonen following suit soon after. The Red Bulls were unable to make the most of the situation – Verstappen developed a brake-by-wire issue and retired, whilst Ricciardo couldn’t overcome the lack of power from the Red Bull to even make a challenge.

It was a superb drive from Vettel. The safety car disrupting his race could have been a right pain in the neck, but he and the team reacted well to score Ferrari’s first win at the track since 2011. It’s also his 51st win, drawing him level for third on the all-time list with Alain Prost.

Second for Hamilton was a real result as well considering what happened on the first lap. Sure, the safety car helped eradicate the gap to the front, but his ability to maintain speed whilst looking after his tyres was what helped him take a brilliant second place ahead of Raikkonen – even though he wasn’t too happy at the end of the race.

As for the midfield? Nico Hulkenberg finished sixth ahead of Esteban Ocon, whilst Fernando Alonso put a late move on Kevin Magnussen to pinch eighth. Pierre Gasly and Sergio Perez got into it over the final point, with the Toro Rosso driver managing to steal it after barging his way through on the penultimate lap.

Charles Leclerc would surely have been well into the points but a problem during his pit stop forced his retirement. At least he made it to his pit stop, though – Brendon Hartley’s woeful luck continued and he only managed a couple of laps before having to retire.

Vettel’s championship lead goes up to eight points heading into his home race in Germany – although given the way the first lap went for Hamilton, it could surely have been an more profitable day. 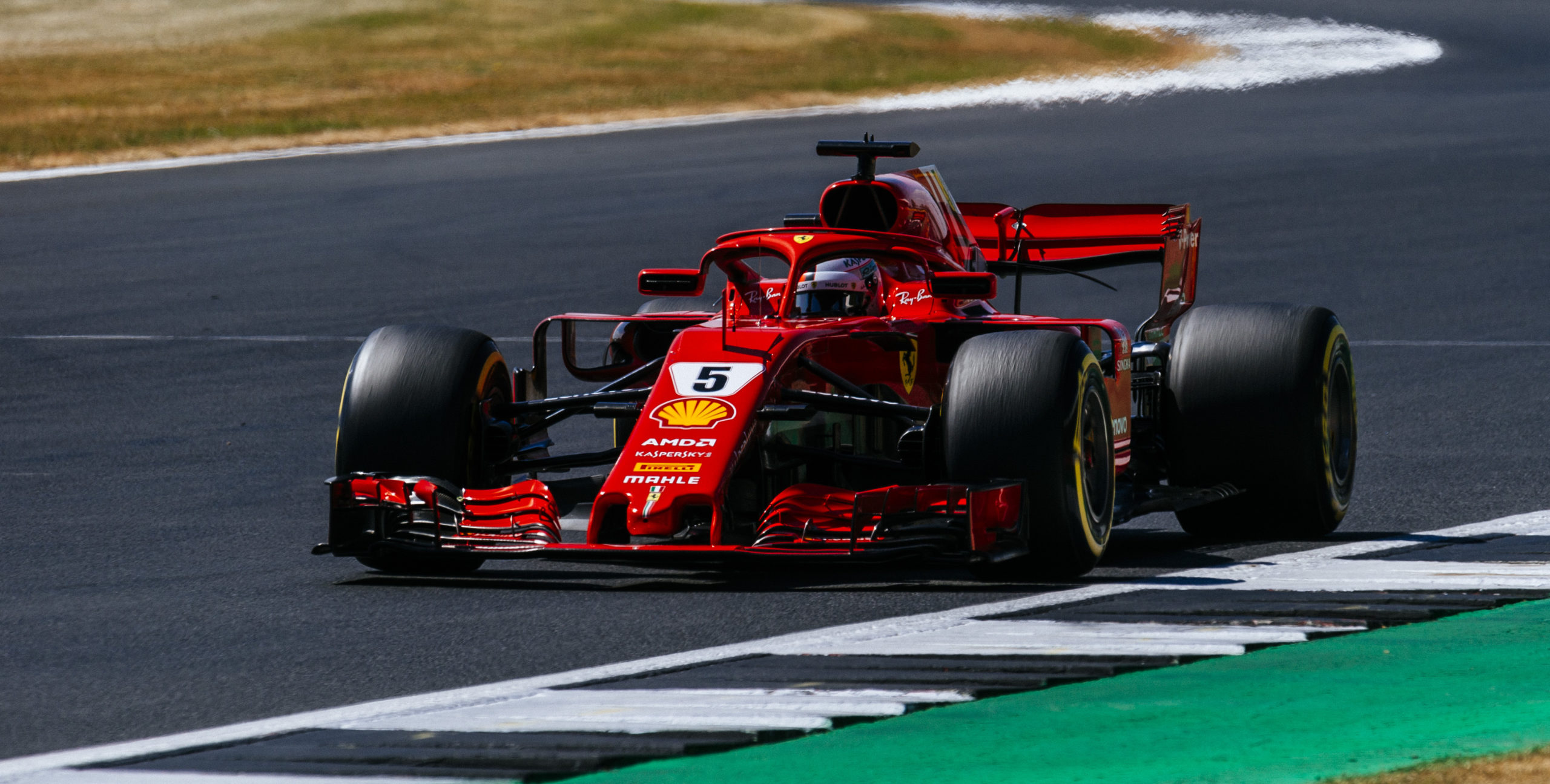