Vettel’s Clumsiness Costs Him Again As Hamilton Puts One Hand On The Title – WTF1
Skip to content
×
Formula 1 , News

At times, the early stages of the Japanese Grand Prix were more like a touring car race than a Formula 1 race. Max Verstappen nudged Kimi Raikkonen off the road with a careless rejoin, Fernando Alonso gained positions off the track after being edged off by Lance Stroll, and Kevin Magnussen took his own brand of excessive defending to a whole new level when he caused a collision with Charles Leclerc which he incredibly didn’t get penalised for.

The debris from Magnussen’s puncture triggered a safety car, after which Vettel’s title chances dropped from ‘minimal’ to ‘almost impossible’. He’d actually made a decent fist of the opening lap to move from eighth to fourth and, if he could get past Max Verstappen, might have been able to put the Mercedes’ under pressure. Instead, Vettel went for a massively optimistic lunge on the Red Bull into Spoon, made contact, and spun.

I mean, full marks to the guy for being aggressive and taking a chance – it’s what he had to do – but that move was never going to be on. He dropped to the back and though he recovered to the points, it was only a distant sixth.

Hamilton, meanwhile, cruised to his sixth win in the last seven races, despite some minor concerns about his power unit. Valtteri Bottas took a distant seconds after having to defend from a racy Verstappen in the closing stages. Daniel Ricciardo recovered to a strong fourth after his qualifying issues and for a moment looked like he might even be able to challenge his teammate for a podium.

The midfield is where it was really good – there were so many different drivers on different strategies that there was action right through the field. In the end it was Sergio Perez who took best-of-the-rest honours after nipping past a sleeping Romain Grosjean at the Virtual Safety Car restart. The VSC was triggered by Leclerc, who retired after an off at the Degner curves. Earlier, he’d pulled off the overtake of the race when he sold Nico Hulkenberg a dummy at the chicane before slipping up the inside of the Renault – lovely stuff, and his second wonderful pass in as many races.

The Toro Rosso’s had a disappointing race after an excellent qualifying. Brendon Hartley lost a load of places after a poor start and finished 13th, while Pierre Gasly lost out a bit on strategy and was passed for the final point late in the race by Carlos Sainz.

Given the way the past few races have gone it looked like Hamilton was going to clinch the title in Mexico, but after Sebastian’s woes today there’s a real possibility he could secure his fifth championship at COTA. If Hamilton wins and Vettel isn’t second, it’s game over. 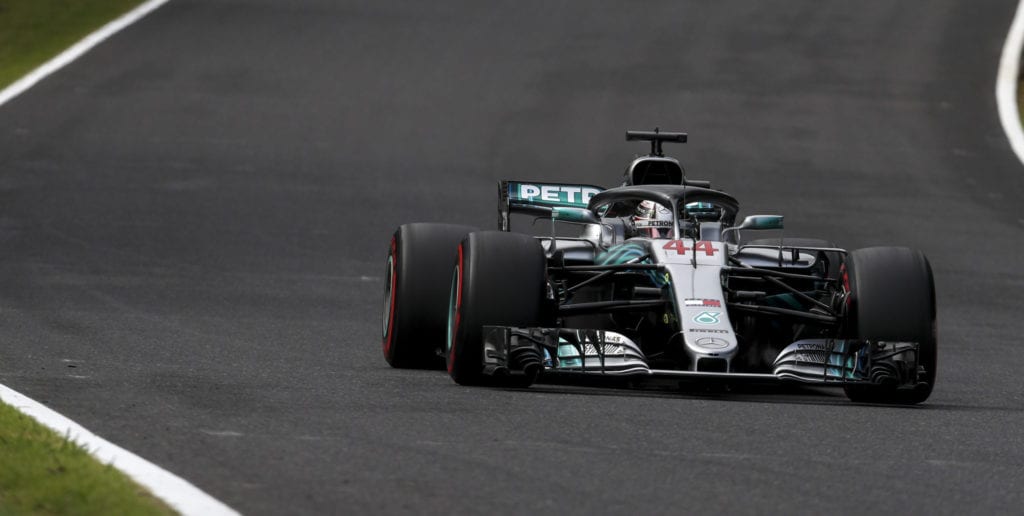