Ferrari’s new F1 car looks to be a challenge for Mercedes and Vettel has already got his season off to a winning start.

But, could we be set to see another Vettel emerging victorious in 2017? Quite possibly, as the F1 champ’s little brother Fabian is moving into sports car racing this year.

The 18-year-old has had a fairly rapid rise through the ranks after competing in various German karting championships.

He’s clearly made an impression, as he’s joined the grid for the Audi Sport TT Cup – a fairly entry-level one-make series that is on the DTM support bill.

The vast majority of the 15-car grid confirmed for 2017 so far is made up of rookie drivers or young stars making the move into tin-tops.

The series launched in 2015 to replace the VW Scirocco R-Cup. Just one driver on the 2017 grid raced in the Audi Sport TT Cup last year, so that could make for some feisty racing.

Alongside the permanent grid, there’s also guest starters for each event. Seven rounds are on the calendar at tracks like the Hockenheimring, Nurburgring and Red Bull Ring.

It’s exciting to see another Vettel joining the car racing world but there will definitely be a lot of pressure on his shoulders.

But, most of the drivers on the grid are fairly new to car racing and have little experience, so the playing field should be pretty level.

We’re interested to see how he fares in the Audi Sport TT Cup this year, let’s hope he doesn’t moan and complain as much over team radio though. 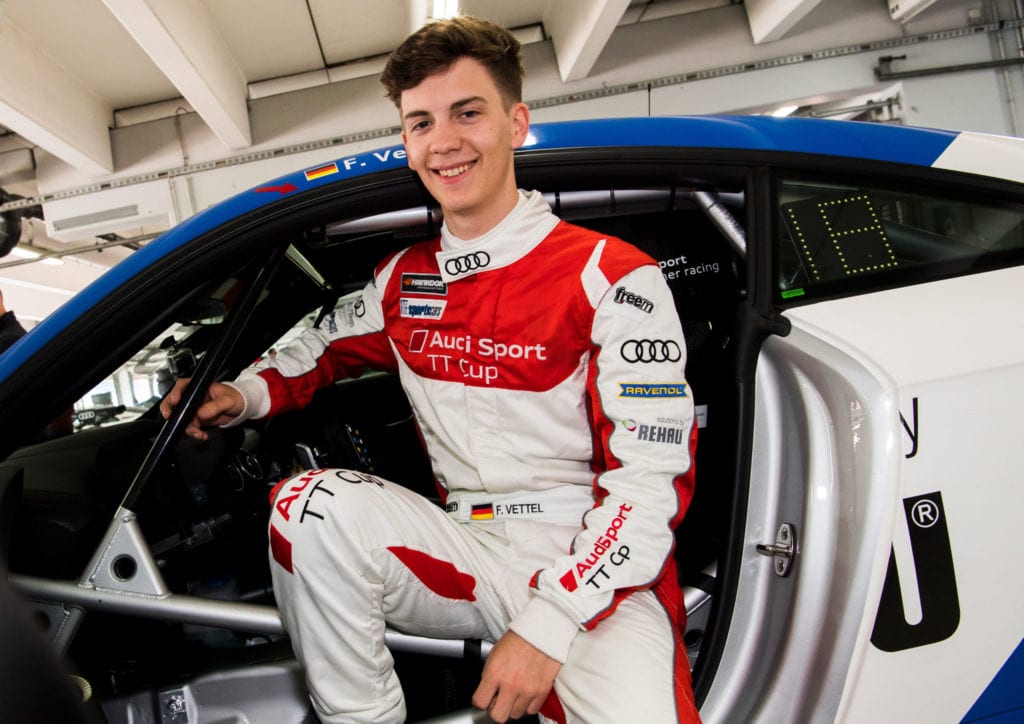