The Chinese Grand Prix’s on-track action has been much spicier than in Australia, with the Shanghai track being better suited to overtaking.

Vettel’s overtake on Ricciardo for third on lap 22 has to be one of the best passes we’ve seen in quite a while, doing away with DRS for a gutsy move around the outside.

Ricciardo was struggling a little bit, while Vettel had just been released from behind his team-mate. He’d been stuck behind the Red Bull for a short while and was naturally impatient to get ahead.

With these new cars, you have to be ballsy and aggressive with the overtakes and Vettel did just that. He stuck it around the outside at the Turn 6 hairpin in a bid to get through.

Ricciardo wasn’t giving up without a fight and squeezed him a bit on the exit, with some lovely wheel-banging as they exited the hairpin. But it wasn’t enough and Vettel was through.

Awesome stuff, and just what we want to see. 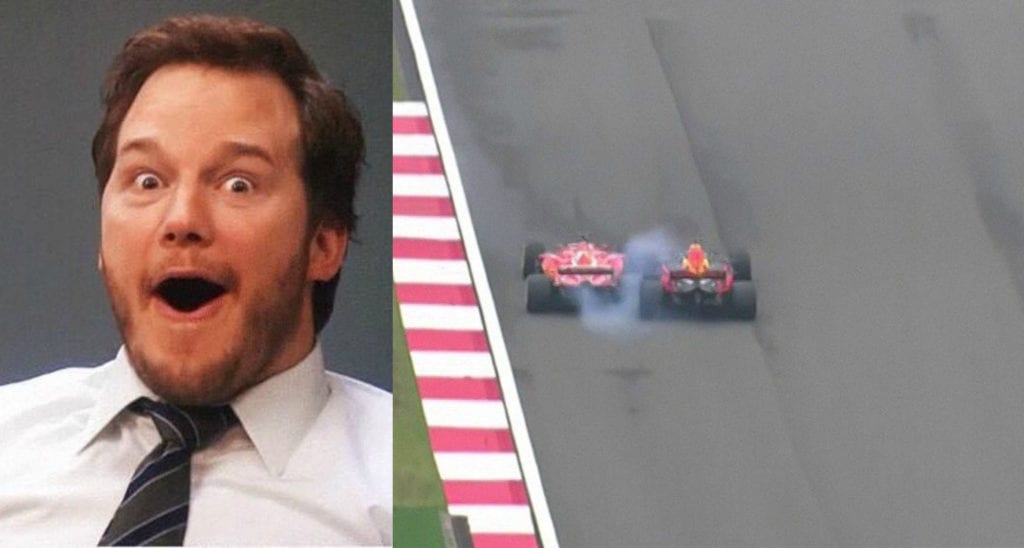